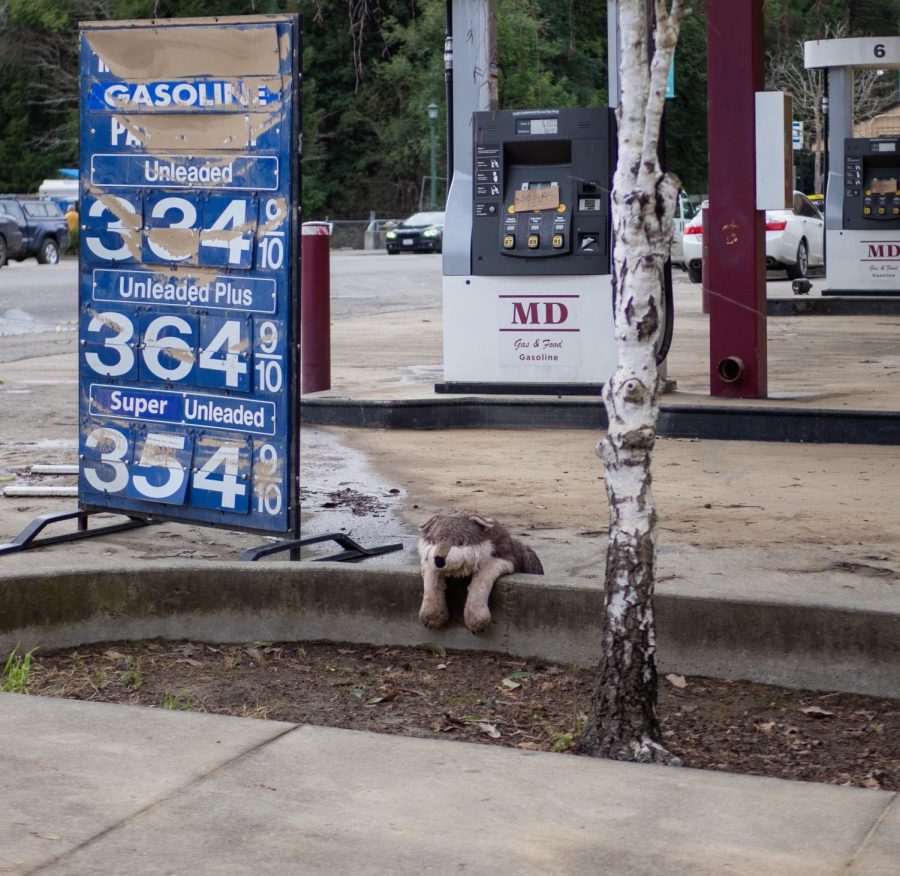 A forgotten stuffed animal sits alone at a gas station during floods that crippled Guernville in February of 2019.

It’s in the back of our brains, omnipresent as we walk from building to building, the unusually torrid October breeze slapping against our skin. Climate change is real. It’s happening all around us and Sonoma County is one of the first places to get a full picture of its desolation. It’s undeniable that the impact of warming temperatures plays a role in the natural disasters that took Northern California by storm. The future is here. The problem is ours. This is our moment of maturity, our moment to change our mindset, accept the new world we live in — and survive.

Sonoma County residents don’t have to read religious texts to experience fire and floods of biblical proportions. We know what devastation looks like, and we know how nature can turn on its citizens. We lived it two years ago when fire and brimstone ravaged Santa Rosa, leaving behind the ashes of 5,643 structures. Then last year, we witnessed flooding that turned downtown Guerneville into a river, made an island of Monte Rio and left Sebastopol’s Barlow shopping center a cement graveyard. We live with the smell of smoke immediately after the Fall equinox.

One emotion this county knows well is grief, and the community has processed four of the five stages we need to in order to move on. We’ve denied its impact on our lives, felt anger towards the powers that be, regretted things we could’ve done to prevent such disasters and ultimately felt depressed over the aftermath. The Oak Leaf editorial board would like you to ponder with extreme care the last stage: acceptance.

On Sept. 20 people all across the world, including 2,000 members of our community, marched to bring awareness to climate change. Protest is an important mechanism for change and provides an outlet for collective frustration, but we don’t think it can un-traumatize those hit the hardest by climate-related destruction. We don’t believe marching will put a bandage on the psyche of Coffey Park residents, nor can it re-stuff the teddy bear lost to Guerneville flooding.

On Sept. 25 PG&E began public safety power shut-offs in Sonoma County. According to the company, “more than 5 million electric customers could have their power shut off” in the event of gusty winds and dry conditions in Northern California.

Acceptance means adaptation. As a whole, Sonoma County must learn to live in symbiosis with the changing climate by adopting the following new values and lifestyle changes:

It’s fiction to presume climate change can be stopped. It’s begun, and we need to change with it to continue living in Sonoma County. We accept that we, and those who came before us, have already done damage, but now it’s our responsibility to evolve.

As we move closer and closer to 2050, the deadline for climate change action, we each have a decision to make: Do we turn a blind eye to the erratic behavior of nature, or do we adapt to survive in the new world?