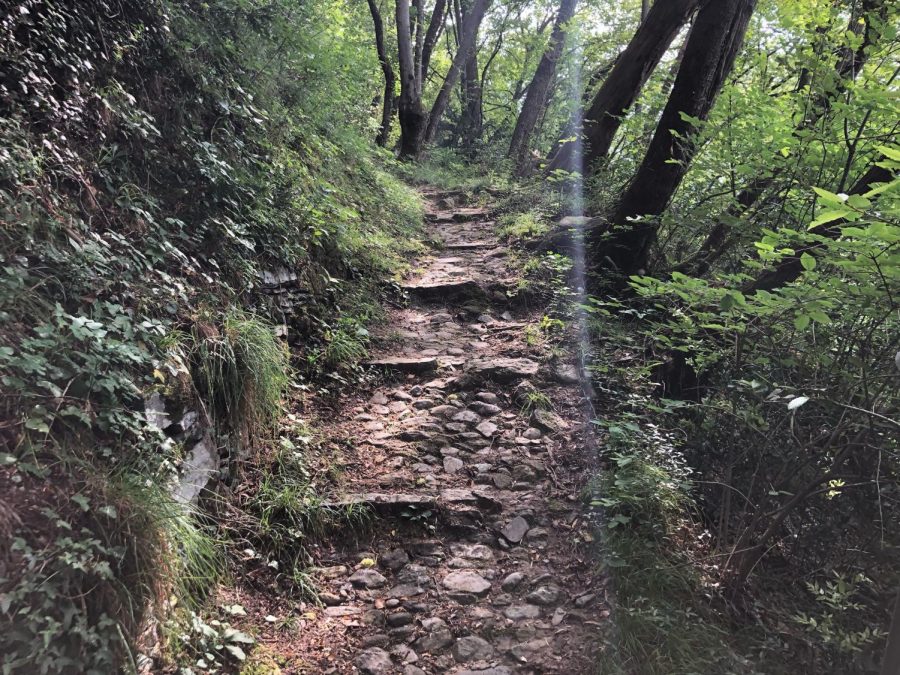 The world is out there waiting.

Better to burn out than to fade away: A right and proper response to the climate crisis

Nothing we do in this college, in this society, with the approval of old and evil people will save the world. But they were never going to save the world. They were the ones sick enough to wreck it in the first place. All their paths have led to the destruction of this planet. There’s no hiding from that now.

The only way to combat the climate crisis is to end the cycle of consumption and the materialistic life we think we need so much and yet enjoy so little.

The Sunrise Movement, the youth-led climate organization, has called for mass noncooperation. They believe the only way to get action on climate change is to get 11 million people, or 3.5% of the population, out in the streets, effectively grinding our cities to a halt, for as long as it takes.

We need to change this system by any means necessary. Respecting authority will not help us anymore. Nor can polite legal marches, plastic straw bans and half-measures. Those are just meant to help us sleep at night.

The sad fact is that climate change is happening. The lives we live in this century are no longer guaranteed. Our generation is wracked by anxiety, riddled with debt and crippled by a financial and social system that would rather us be slaves than thinkers.

The time has come for us to live our lives for ourselves. Active disobedience is the only way to fight the climate crisis.

The only way to make a better world is to live a better life. Do whatever your heart and your conscience demand. There’s simply no time to do anything less.

Never stop fighting against old and evil; those tired naysayers who are sick at heart, who think they can rule the world forever. They killed our world and sold their children, sold us, down the river.

Let the old, tired people who rule the world look and wonder, “How did it come to this?”

Don’t let them push us around anymore. Their age and experience does not make them better than us. It makes them worse. Don’t ever let them treat us like we’re less.

Don’t let them tell us there is no hope, no hope without them and their system and their machines. They only want us to believe that because for them, there is no hope. They have no future in this world they’ve destroyed. And now they’re asking us to pick up the pieces.

They want us to consider incorporating insect protein into our diet while we slave to keep old greed-heads in an Elysium we will never see.

They are sick and addicted to an unnatural lifestyle that is killing us all slowly.

Everyone around us is struggling, sleep-deprived and staring out in empty despair. But it doesn’t have to be this way. Live your life NOW, while there is still time!

Don’t sit and grovel and eat scraps from their table.

If you, the average college student, died right now, would you be proud of the life you lived? Break your chains and escape your cave. See the bounty life has laid out before you. The bounty they say you have no right to.

Escape your prison and make love to the world. Break the cycle. Live life dangerously. Transcend their monotonous existence. Live for something right now.

Climb mountains. Burn cities. Heal the sick, and feed the hungry. Grow something with your own two hands.

Tell your mother you love her, and your father, “I’m sorry.” If they love you someday, they’ll understand.

It won’t be people cowering in their houses who bring a better tomorrow. It will be brave, bold heroes on the street.

Shatter the old tablets of your fathers! The world needs a fresh start. It’s time to make our own laws. I, for one, shall live and die by mine.

Throw your last dime into the wishing well we call the world.

Let the light of the moon shine in your wide eyes with the spirit of a wine-sipping hobo, riding the rails with no tomorrow.

Volunteer at a soup kitchen.

Smoke some weed with some homeless folks shivering under an overpass.

Ask the prettiest thing in town to buy you a beer.

Hit some festivals. Listen to the music. Live by the music.

Stay away from their pills and their opiates. They’ve been trying to feed you those your entire life. When you live life in the moment, you won’t need their crutches.

Get in a fight for no good reason. Get arrested. Share your cup-of-noodles with all those poor bastards stuck in there with you.

Find yourself a shaman and bend down to your roots.

Get drunk and sing all your favorite songs all night long.

If you get depressed, it means you’re not dancing enough.

Go eat some acid and hug a tree before it’s too late.

Run naked through the streets. Conquer the highest peaks. You deserve nothing less.

It’s time for our generation to stop this pity party. It’s time to wake up and kiss the sunrise.

Make love to the beauty of the moment.

Make the last moment as beautiful as the first.