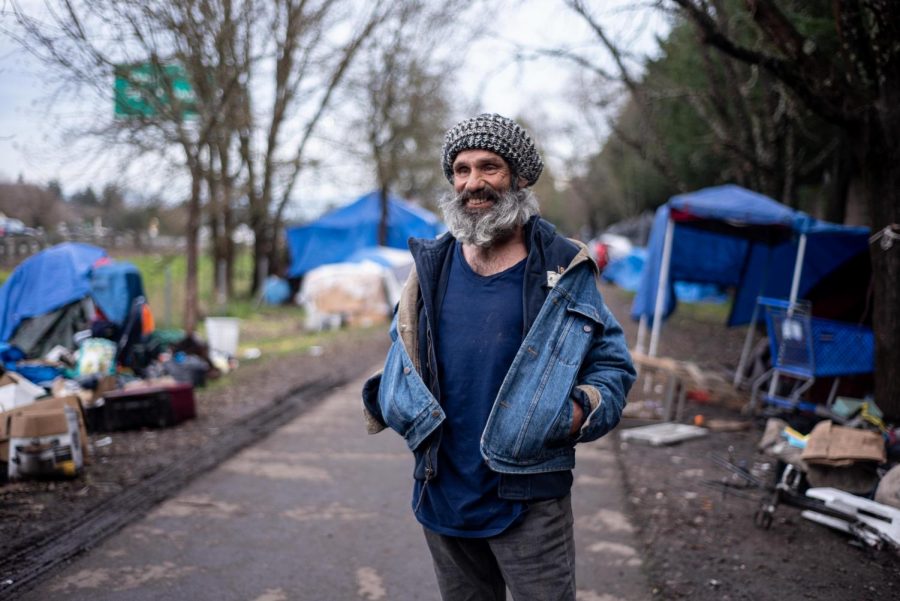 Seth Hagedon, the self-appointed comedian of the Joe Rodota Trail homeless community, admires the artistic spirit and energy along the trail and thinks many of the residents are happy to live on the street.

Seth Hagedon, 58, walks up to strangers, puts his arm over the shoulder, and begins telling jokes. “What do you do with a cow with no legs?…Ground beef!”

His outgoing demeanor becomes less surprising as he shares some of his life with us, from going to kindergarten with Eddie and Alex Van Halen in Holland to having a brother, Ian, who raced sports bikes in the famous Isle of Man TT races.

He thinks that people need their freedom, which is why a lot of the trail residents live outside. “Give everyone a little space,” he said. However, he said he would like to sign up to live in a pod at the new shelter county officials are setting up at Los Guilicos.

People need to form a community, which is what has happened on the Joe Rodota Trail. Hagedon loves the artists, craftsmen, builders, scavengers and bicycle repairmen who keep the community alive. “The most creative people you will ever meet are on the street or in jail,” he says.