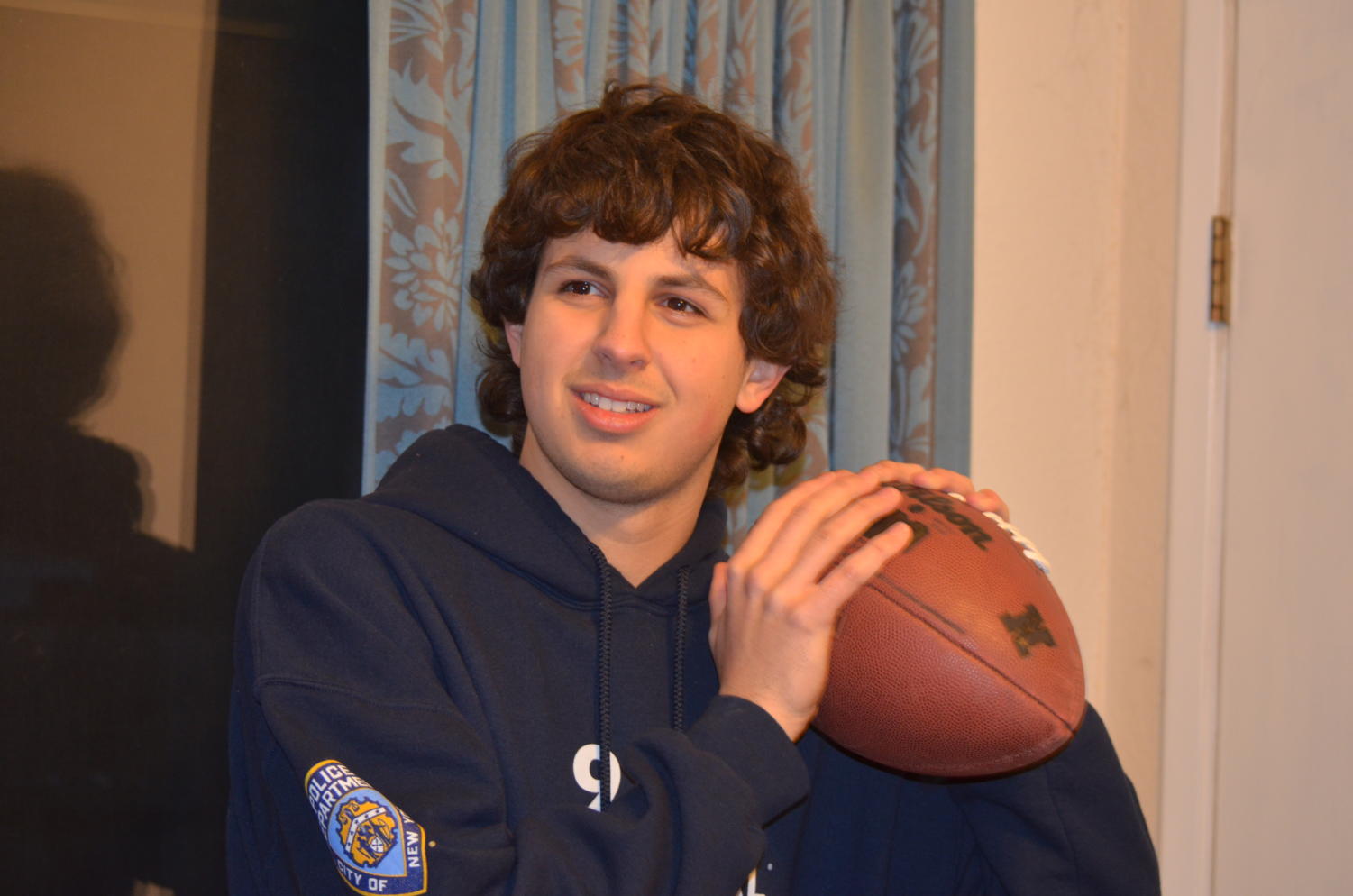 ‘You aced life, my friend’: A tribute to Oak Leafer Thomas de Alba

Oak Leaf staff members past and present are mourning the loss of Thomas De Alba, former sports editor and co-editor-in-chief known for his huge heart, fearless reporting and bold, candid and confident style. He died April 30 surrounded by family after an 18-month battle with cancer. He was 27.

“Thomas was a sweet young man who burned bright like a comet,” said Santa Rosa Junior College President Dr. Frank Chong. “His life won’t be measured by years but [by] moments. I am fortunate to have shared some moments with Thomas. You aced life, my friend.”

De Alba was one of the first students Chong met when he arrived at SRJC in 2012. “We immediately shared a love for Bear Cubs sports,” Chong said. “I loved Thomas’ defiant and ornery style. He was fearless, as evidenced in how he courageously battled his illness.”

A competitive tennis player and second degree black belt in the martial art of Farang Mu Sul, De Alba suffered a sudden seizure in October 2017. Doctors initially diagnosed a benign brain tumor. Surgery left him partially paralyzed. He fought his way back, endured a round of chemotherapy and radiation and relearned how to smile, talk and walk ahead of doctors’ expectations. He chronicled his comeback on social media, gathering a cadre of devoted friends and family members known as #TeamThomas, who encouraged him along the way.

“We’ve been watching Thomas conquer each and every challenge over the last year and a half with inspiring strength, courage and such a positive attitude,” said former Oak Leaf Sports Reporter Leah Mae Phillips.

Ironically, journalism instructor Anne Belden didn’t have high hopes for De Alba when he first entered her Journalism 2 class in spring 2012. “He was late almost every day, and we had some serious discussions about missing assignments,” she recalled.

She was surprised when he turned up at The Oak Leaf that fall and even more so when he quickly became the paper’s most dedicated new member. “He roared onto the staff and said, ‘I’m here. Teach me everything I need to know,’” she said. “Thomas had more heart, more determination and more dedication than an entire class of students.”

Though he teased Belden about virtually everything, he also proved to be one of her sweetest and most devoted students. “I found a random text from Thomas in 2015 that simply said, ‘Hi Anne, you are awesome. Have a great day!’”

Modeling senior Oak Leafers who had shown him the ropes, he in turn took others under his tutelage, especially championing the sports editors who followed him.

“I owe the start of my writing career to him,” said former Sports Editor Robert Marshall. “He helped me with my first article, taught me all about AP Style and assured me I would be a good writer.”

Former Co-Editor-in-Chief Jarrett Rodriguez remembers De Alba taking him out on his first assignment and showing him how to talk to police. “He was a good man and an amazing writer,” he said.

After SRJC, De Alba transferred to San Francisco State University, where he earned a bachelor’s degree in journalism. He wrote sports stories for SF Bay and video game stories at Shoryuken.com before returning to Sonoma County to pursue a master’s in counseling at Sonoma State. He hoped to help high school students in underserved communities get into college.

He attempted to return to the JC in fall 2018 to complete a few prerequisites for the master’s program, but his illness derailed his plan.

He did rejoin The Oak Leaf in a mentorship role, but was forced to leave after two months when a new brain tumor surfaced. A second round of chemotherapy and radiation could not stop the disease’s progression.

“You were never one to mince words and try to skirt around the issue,” former Co-Editor-in-Chief William Rohrs wrote.

“You’ve always said things plainly, whether or not the people you were talking to wanted to hear the truth. It’s a trait I’ve admired; your behavior to others always showed who you were. I envied the way you could speak honestly to people and be reciprocated in turn.”

Rohrs addressed how De Alba didn’t let the illness change his brash, optimistic, honest essence. “I’ve listened about how you lost the ability to walk, but you stuck your middle fingers up to your sickness and put your feet back on the ground. You went back to school, you mentored another generation of journalists and you never let your affliction take your spirit.”

Perhaps former Oak Leafer Tara Kaveh summed up best how many Oak Leafers feel about losing one of their own.

“Thomas was one of the most positive and pure-hearted people I’ve ever met,” she wrote. “I’m honored to have known him, too. He fought HARD and there are no words to describe how difficult it is to see someone so beautiful go so soon.” 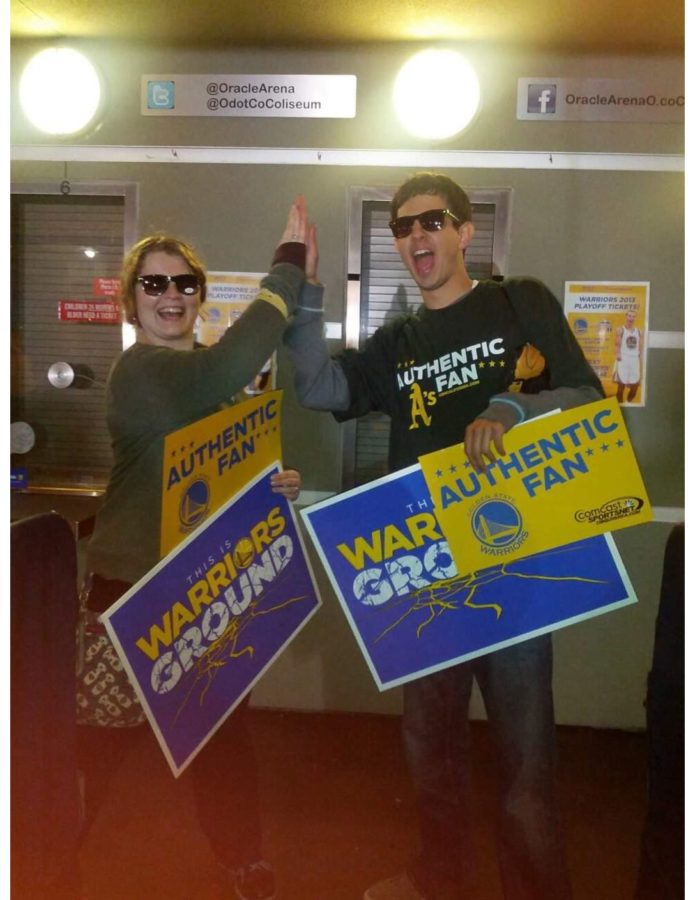 When Thomas De Alba first walked into The Oak Leaf newsroom in Fall 2012, he bypassed the seats where all the new people were huddled and sat down with the returning staff. He walked into a room full of complete strangers and settled right in. Zero hesitation. Yes, he was immediately my favorite — sorry, everyone, but let’s not pretend this was ever a secret.

When his first story came back covered in my particularly gleeful style of brutal copy edits, he wasn’t even a little offended. We went over it together, word for word, and he learned. Classmate Spencer Harris told the new reporters about the time I took one of his stories, folded it into a paper airplane and threw it at his head. Thomas demanded I do the same thing with his next story. It became our thing.

So when Thomas faced not one, not two, but three brain tumors with bravado, humor and courage, it shouldn’t have surprised me. If anyone could keep his head up while going through hell, it’d be Thomas. He fought so hard and with such incredible bravery.

In a recent farewell letter to Thomas, former Oak Leaf Editor-in-Chief William Rohrs said, “You haven’t changed to me. In my mind, I see the lanky, heel-toe swagger you do when you walk into the newsroom with the next scoop. While everyone’s nodding their heads yes, you’re the one with the balls to say ‘I don’t like that, and here’s why.’”

I see the same thing. I have so many, many memories of him just being a perfect friend, a good bro, a great man.

“Thomas was one badass, manspreading, karate-chopping, Spanish-speaking motherf*cker who knew his sports and was never afraid to ask the real hard questions of anyone,” former Oak Leaf Photo Editor Joe Barkoff said.

One time, Thomas and I spent the better part of half an hour debating who was tougher: football or hockey players? The debate remains unsettled, but we managed to have a great time being animated, passionate, loud and generally disruptive  — everyone else in the office was convinced we were about to murder each other.

When he transferred to San Francisco State to finish his degree, it became harder to spend time together. I didn’t have a driver’s license at the time, and we both had other obligations. But even without hours to agonize over layout and barely manage to submit copy to the printers at 4 a.m. for the Nth newspaper production weekend in a row, we could still slip into our same routine.

His progress from barely-a-writer to edtor-in-chief was mirrored by his rapid rise from random-guy-who-isn’t-scared-of-me to one of the best friends I ever had. You could tease him when he was being silly, and he’d laugh at himself.

Thomas was an honest, loyal, brilliant person. He didn’t allow pride to get in the way of learning. If you needed back up, a hug, a sounding board or just someone to keep you company while grinding through a long night of editing, Thomas was there. I cannot possibly express the degree to which he was MVP of every party, every editor’s meeting, every day.

We’ll all miss him. I hope I never forget how it felt to have a friend like him.