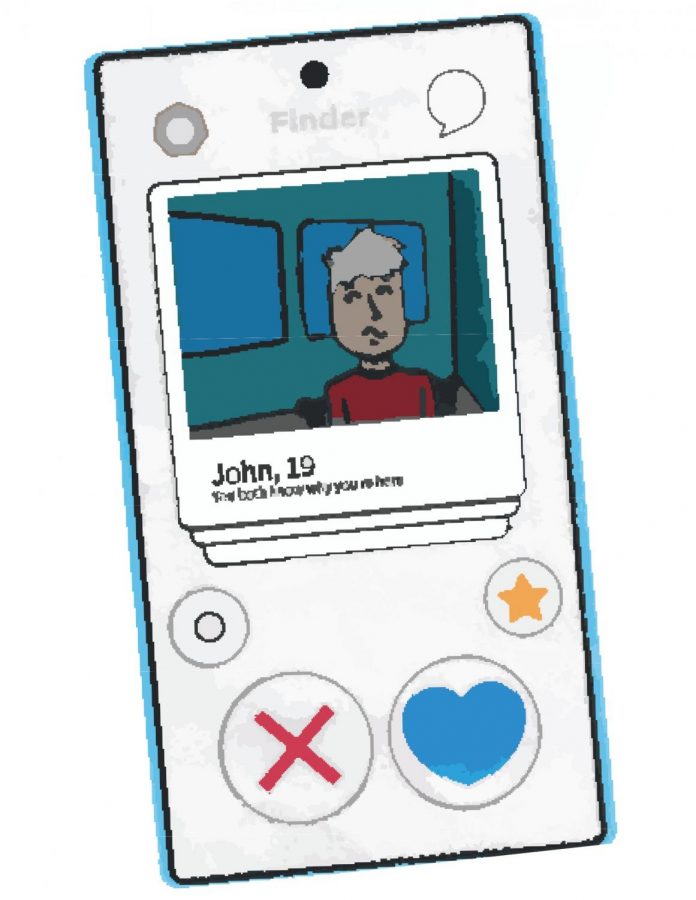 “That’s just how it is”: Trials and tribulations of modern day dating

The dim light from her phone screen highlighted Solangel Rostran’s face as she scrolled through her Tinder feed.

Sitting in the comfort of her living room, her face changed as she read messages from her matches. “So fine wishing I could kiss you LOL.”

Another one wrote, “You are absolutely, breathtakingly beautiful.”

Rostran, 21, has been using dating apps such as Tinder since she started college. She met people she could see herself with forever; she met people she liked initially, but in time found boring; and she received multiple instant messages that opened by complimenting her appearance.

“It’s always about my looks,” Rostran said. “I’m selling a look, and they’re buying it.”

She is not the only one; young people everywhere consider these exchanges modern day dating.

Online dating has taken over. Walk onto any college campus and ask a number of students about dating apps such as Tinder or Hinge, and they will immediately know them. The National Academy of Sciences found that 72% of college students use Tinder.

SRJC student Sidney Moliken, 18, has found someone she is interested in on the dating app Hinge, which bills itself as “the app created to be deleted.” When describing her experience with Tinder, she wasn’t as positive.

She does not envision meeting her future spouse online, but if she did, she would not mind telling her friends and family how they met.

“It has become the norm these days,” Moliken said.

In fact, Moliken saw both her mother and high school Spanish teacher find success through dating apps, but she still believes there are negative side effects to online dating.

“One of the challenges of the online environment is that it aligns itself to very rapid responses and instant gratification,” Kremer said. “When you actually sit down and talk to someone, things get slowed down. You can actually think about it.”

Tinder is an example. Users can swipe left and swipe right based solely on a split-second evaluation of someone’s physical features.

“People don’t take into account respect as much, which is fine. That’s just how it is,” she said.

Two people will find themselves attracted to each other, they will talk for a couple of weeks via whichever app they use and then things fizzle out.

“No one follows through. [The relationship] doesn’t progress to that point,” Moliken said.

When it comes to going on actual dates, Rostran has been on a few — none of which lived up to the expectations daters tend to have.

“[Dates] are not a thing in our generation,” Rostran said. “I haven’t had a guy who wants to take me out to dinner and go on a cute walk. I haven’t had that.”

Apps and online dating didn’t exist; those playing the field were forced to have face-to-face conversations.

“At some point in time [courting] got lost,” Rostran said. “I know guys aren’t here to take me out. Right now they don’t have the capacity to treat a woman like that.”

College-aged young people seem to accept dating apps for what they are — an extension of hookup culture — but what about those who are younger?

“So much is changing with the new generation. It’s not just about social media, it’s how they view themselves,” Rostran said. “They’re creating this standard of what sexy is, but truthfully, in our communities, sexy is whatever makes you feel sexy.”

Ballinger has gotten a lot of hate on dating sites because of how she identifies.

One man on OkCupid even told Ballinger not to contact him and added a comment about how her first name should not sound feminine.

“I just remind myself that I don’t care what they think. It’s obvious they don’t know me,” she said. “My psychology teacher says it’s none of your business what people think of you.”

But that’s hard advice to take when you’re looking for a date through online methods.

Dating today is not easy, thanks in large part to apps designed to help make matches. Instead of putting ourselves out there in person to engage with romantic interests.

“We hide on our phones. We hide on dating sites,” Rostran said.

Kremer advises students to “go hang out with people who share interests with you. Go spend time with them. If you’re interested in movies, go to a movie with them. If there is food you like, go get food with them.”

Perhaps the takeaway for young daters is not about whether to use apps to find dates, but about accepting the fact that apps may not get you from swiping to sweet-talking in person.

As Charlie’s English teacher in the 2012 film “The Perks of Being a Wallflower” said, “We accept the love we think we deserve.”