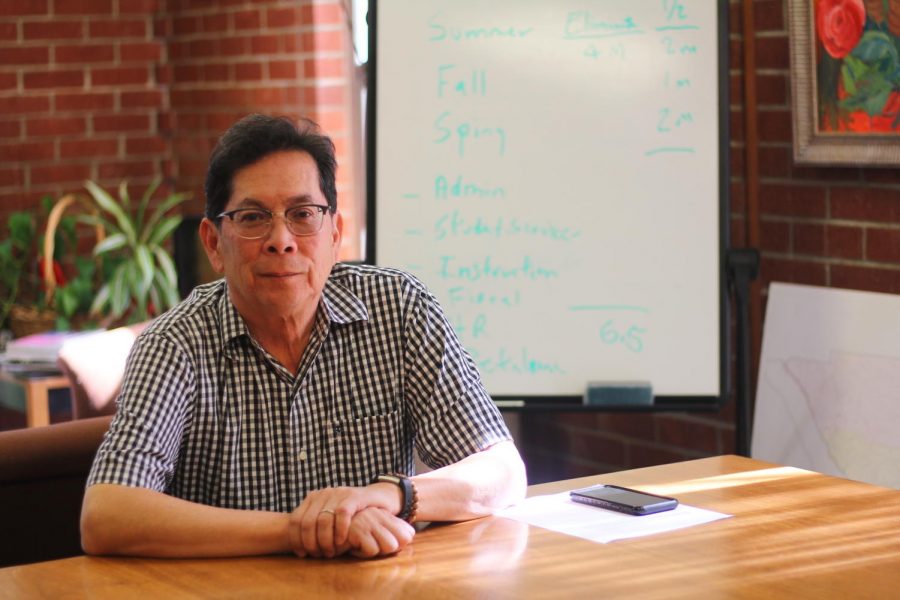 Changes on campus: Q & A

What’s the biggest single change you have seen at the JC?

Chong: More students of color, more diversity in the workforce. I’m the first non-white male president in the history of the college. I’m only the fifth president, so I came up here to really serve all students, but I do feel like students of color and DACA students and LGBT students really need to have an opportunity to shine and to blossom — to achieve their dreams.

And so they make laws about how we’re supposed to do things and then they impose them on us, and we have to shuffle and shift to accommodate.

AB705 was a law passed a year and a half ago that changes all the requirements for math and English for degrees. It completely transformed what we do when we’re placing students. What we had to do was to get rid of the classes that are preparatory or developmental, so students won’t have them available.

Chong: I think in the future, there’s going to be a lot more pressure to teach more online classes.

I think online is the fastest growing method of instruction and students seem to like it.

It’s a lot more convenient for them, especially for our students who are working, who can take the class or lecture when they get home or after their kids are in bed. So, I think online is definitely something that will continue to grow not just at the JC but throughout the nation and the state.

We want to continue to be cutting edge like doing the hemp program or developing a construction program at the Petaluma campus. So we want to be at the forefront of where the careers and jobs are.

Thompson: I think that the Southwest Center has got to change. It’s in Roseland, down by the junction of Highway 12 and Fulton. It’s in ruins; it’s this old broken down school facility that we rent. I think we [have] to do something better about that if we’re going to keep the Southwest Center. It’s going to have to change in terms of its function. We have to build something in that neighborhood or in that area that we’re actually proud of. Basically everybody who has been there is embarrassed by it. So the facility has to change.

What will the JC’s demographics look like in 10 years?

Chong: I predict [our demographic variety] will increase, and Latino students will probably creep toward being the majority. They’re about 35% now; eight years ago it was 25%. The Latino population will grow, the African American population will stay pretty steady, the white population may decline a little bit.

It’s hard to tell because different businesses will bring certain groups up here. Clearly we still get half of the students who graduate from Sonoma County high schools. Our seniors will come to the JC to go to college. We want to maintain that penetration rate. We want kids who graduate from local high schools to consider us not as a second choice but as a first choice.

Thompson: That’s a great question. One of the things we are arguing about among the faculty leadership of the college is whether or not we should have less campuses and not more. In general, I think the way our county is demographically, we are an old white county. We don’t have a lot of younger people coming up or moving in or being born. I don’t see the population necessarily growing a lot right now, and [the JC is] downsizing.

And so I don’t see it — I  could be wrong about this — I don’t see our student body being a lot bigger in the future.