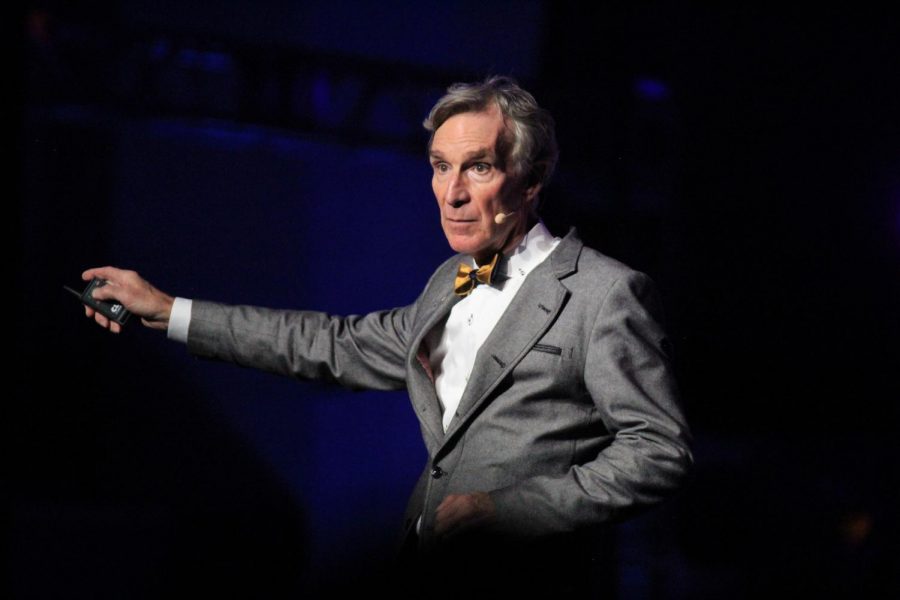 Students and activists across the country gathered in San Francisco last weekend to convey their deep concerns about the world they will inherit, if they live long enough to see it.

San Francisco’s first “PLANET HOME” conference at the Palace of Fine Arts on Sept. 13–15 drew a vast collection of “Solutionists”: artists, entrepreneurs, researchers and activists — people who want a plan of action to ensure the survival of our species. Their mission: to combat climate change.

“Young people are consistently showing up at the forefront of the greatest movements of our time,” said Xiuhtezcatl Martinez,19, director of Earth Guardians youth environmental group.

“We have conclusively come to this place. This is very much a ‘now’ thing,” he said.

Earth Guardians is an expansive network of environmental activists. The organization began its grassroots work as an accredited high school program in Maui, Hawaii, before relocating to Boulder, Colorado. Considered to be a pillar of youth climate activism, the program stands as a reminder that the movers of this revolution are those who cannot plan beyond the age of 30 because a stable future is no longer a guarantee.

Naomi Hollard, a student at Columbia University’s Barnard College and an activist with Sunrise Movement, a youth-led organization fighting for environmental justice, spoke in the Story Temple, one of the conference’s art rooms, along with Aracely Jimenez-Hudis, the co-founder of Sunrise.

“We are striving towards a general youth strike following the 2020 election,” Hollard said.

While on stage, the speakers engaged with an art pad to demonstrate their mission — mass non-cooperation, which is a proposed temporary halt of societal participation to direct energy toward the most detrimental issue we face: climate change.

The duo garnered more passion from the audience as they detailed their plan.

To further motivate the crowd of activists, Jimenez-Hudis cited political scientist Erica Chenoweth’s findings that a successful social movement requires long-term participation of only 3.5% of the population.

“[To] put that in context, 3.5% of the population of the United States is about 11 million. And so for me, I find that very comforting,” Jimenez-Hudis said.

Artists in the audience sketched the duo as they spoke.

“We have set mass non-cooperation as our North Star,” Hollard said, as she flipped through the presentation and pointed at a rough drawing of a star shining above a street full of people. “We have 145 million young people under the age of 35 in this country. We just want 8 million, you know, of 145 million. That’s not that bad.”

Hollard continued, “Our leaders are not gonna [make changes] unless we’re on the streets  — that’s what we’re striving towards. And if we get those people in the streets, [not] going to school, not going to work, we will get the change that we want to see, which I hope, hopefully, is climate action. Is that what y’all want?”

The crowd answered with zeal — “Yes!”

Art installations at the event took jabs at the oil industry and demonstrated the horrors of wildfires while allowing for interaction among the attendees. Think tanks and panels filled much of Saturday’s schedule. Then researchers and leaders spoke on the severity of climate change and ways to address it.

With panelists preaching the responsibility of the individual consumer, the revolutionary concepts of bamboo toothbrushes and metal straws seemed to be the end-all solution to the 5.25 trillion tons of plastic in our oceans.

A mass of enthusiastic attendees gathered before the main stage to hear one of the major keynote speakers of the conference, scientist and TV personality Bill Nye. When addressing the audience, Nye said, “The world is changing, and I want you to be a part of it.”

Childhood hero to many and an early climate activist, ever-fervent Nye used a portion of his 20 minutes on stage to talk about space travel and GPS technology. He wants to lift millions of women and girls out of poverty, using improved satellite internet to allow easy access to education across the globe, an idea he believes could counteract overpopulation.

“We need to innovate our way out [of this climate crisis],” Nye said.

Some thought Nye’s vision was a rather tame response to the current demands of the climate crisis, as members of the crowd seemed to find the spirit of the insurgency lackluster. That is, until another facet of the movement introduced something a bit more radical — young people.

Attendees shuffled into a tightly filled auditorium inside the Palace. The group was primarily comprised of adults no younger than 25. Earth Guardians youth director Xiuhtezcatl “X” Martinez stood before the seated crowd, clad in a camo-print shirt, matching blue bandana and a beaded necklace.

He started with a powerful spoken word performance. He said he wanted to raise the energy in the room. The crowd abided, eager to hear his song of protest. They clapped to his beat, snapped to his poetry and reverberated his passion. Martinez is a rapper, indigenous activist, and since the age of 6, a major player in the climate change movement.

“What’re we gonna do? If [we’re] not going to stand up? Then what are we doing here?” Marlow Baines, Earth Guardian’s global crew director, asked with desperation.

A glance to the crowd concluded that many of the older audience members didn’t have an answer, but they cheered on Baines anyway.

She, along with X and fellow Earth Guardians youth organizer Vic Barrett, comprised a panel discussing EG’s role as a youth-led movement.

One of the topics Barrett touched on included the recent student-led climate protests and why students want to opt out of learning for a future they may not see.

“It’s not just in the distance, or in the future. It’s happening right now to people every day. And not just that, but, like, our whole existence, our futures are really staked around this issue. And that’s why you see young people, you know, missing days of school,” he said.

For a moment it seemed like the feeling of hopelessness that bled into the day faded. Young people willing to sacrifice what little time they believe they have left carried an ironic sense of vibrancy the conference attendees couldn’t get enough of.

Luckily, the soulful youth activists had much to give.