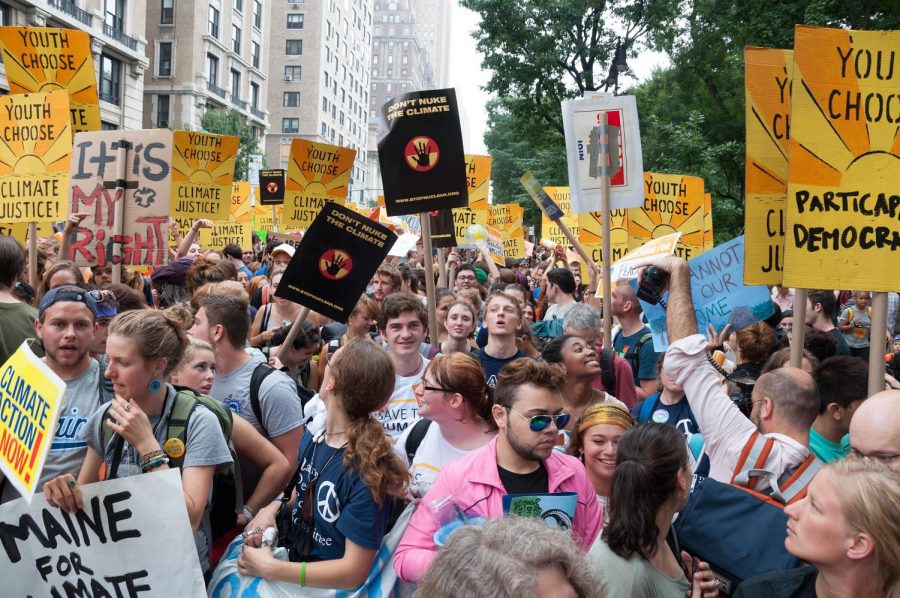 SRJC students and faculty to march for action on climate crisis

Santa Rosa Junior College students and faculty will gather in the quad in solidarity with climate activists across the world Friday, Sept. 20 before marching to Courthouse Square in Santa Rosa.

The campus event will last from 9:30-11 a.m. The student and faculty participants will then join the larger group of protesters at Courthouse Square at noon.

Alexa Forrester, instructor of philosophy at SRJC, coordinated the faculty effort. Forrester is worried the elites in this country are not taking climate change seriously.

“I want to address the crisis. I believe it is a crisis,” she said.

Forrester has tried influencing change through voting, her purchasing power and lobbying legislatures, but “it hasn’t been enough,” she said.

Many of the participants hope these Friday walkouts, inspired by the words and actions of 16-year-old Swedish activist Greta Thunberg, will convey the gravity of the situation to the global elites.

Other faculty attending the march have begun to integrate climate change into their core curriculum.

Instructor John Stover, who has a doctorate in sociology, has refocused his class, SOC2 Modern Social Problems, on the issue of climate and society.

“What’s the point of preparing students for the future if we don’t take action to secure that future?” Stover said.

But students are the key component of the climate movement.

Livier Delatorre, vice president of marketing in Student Government Assembly, plans to attend the climate march along with all the student officers of SGA.

One of the things that worries her most about climate change is the lack of public knowledge regarding the impacts.

“I don’t think most people understand the full impacts of climate change,” she said.

SRJC student Téa Lindsey plans to major in earth and atmospheric sciences before transferring to pursue a doctorate. She plans to attend the climate march in San Francisco this Friday.

“I think this is the largest issue humans have ever faced. Existentially, nothing else matters unless we fix this,” she said.