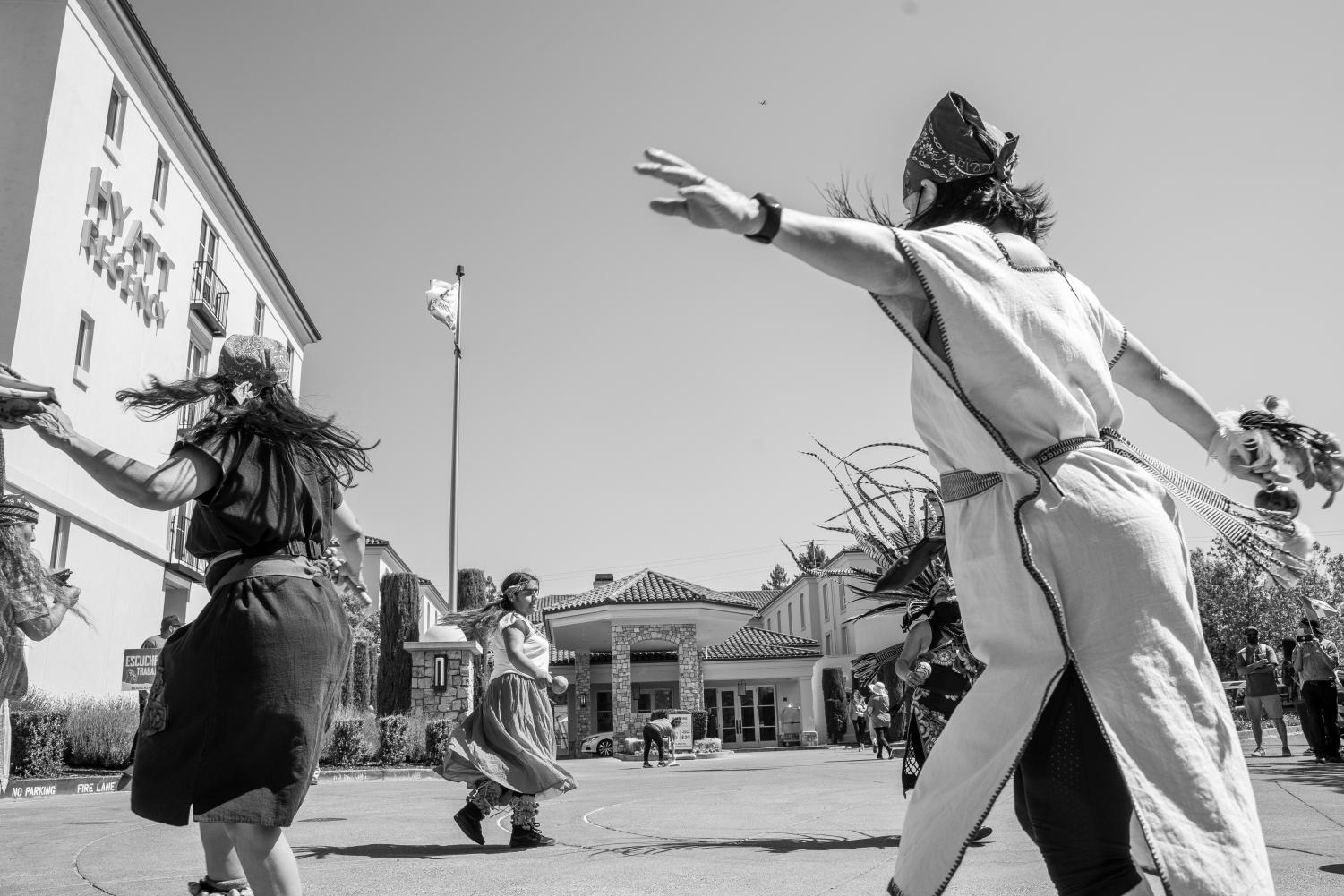 Sandra De Leon wakes up every morning at 5 a.m. and begins her everyday routine. She starts by preparing lunch for her two daughters and herself. She then gets ready for work, hopes the day won’t be too hot and leaves her house before 5:40 a.m. just in time to make it to work before 6 a.m.

At work she is met with the contractor who briefs her and the rest of her co-workers on what their day is going to look like. She does the work that needs to be done and goes home to her daughters, who should be back from school.

When she gets home she makes food for her children, catches up with her daughters and sees if there are any papers that need to be signed or homework that needs to be done. She prepares and serves dinner and then they all get ready for bed to wake up and repeat the routine the following day

It doesn’t seem complicated, but in reality it’s not easy. Sandra is a single mother of three: a son in college and two daughters in sixth and seventh grades. She is paid only $17.50 an hour, so she can’t afford to miss a day off work. She is only allowed to work 40 hours a week with  no opportunity for overtime.  If you do the math, Sandra only takes home around $600 every week after taxes.

“It’s not enough. Rent is very expensive, gas is expensive. We have to make miracles with that money,” she said. “It’s difficult and it’s a lot of work for farmworkers for the small wage that we get. And besides the low wage, we don’t receive any benefits like medical insurance. I dont have the ability to take a day off.” .

Sandra is one of thousands of farm workers in Sonoma County who are calling on the wine industry to provide better working conditions for their employees. Despite the California wine industry being valued at over $40 billion, many local wineries are dragging their feet on providing even basic worker protections.

“Many of us risk our lives to work,” Sandra Said. “We were breathing in smoke, ash was still falling. It was difficult, I have coworkers that developed asthma, respiratory problems, and problems with their lungs.”

Health officials say that wildfire smoke can cause respiratory illnesses such as bronchitis or pneumonia. It also increases the risk of death from lung cancer and heart diseases.

Farm workers aren’t given medical insurance through their employers. Like many, Sandra relies on community health clinics to seek medical attention.

“I saw somebody while pruning injure their eye. They took them to the hospital. It’s difficult for them to pay for our medical treatments. This person hurt the inside of their eye and needed two surgeries. They actually ended up needing a third surgery because they were going to lose their eye and it became difficult because the contractor did not want to pay. They would say they didn’t have money to pay the insurance. There’s a lot of conflict that goes on between the contractor and the company. They don’t pay us attention.”

May Day, also known as International Workers Day, is celebrated world wide as a time that honors the working class as they rally for better labor rights.

Hundreds of people marched from the old Dollar Tree store on Sebastopol Road to Old Courthouse Square in Santa Rosa on May 1 to recognize workers’ rights for International Workers Day and to call for immigration reform. Activists lugged signs of all sizes that said, “Luchando Juntos Por Justicia, Respeto y Dignidad” (fighting together for justice, respect, a dignity) and “La Lucha Obrera No Tiene Fronteras” (The workers struggle has no border).

“With this walk we’ll be making very important demands for our immigrant working community,” she said. Demands include: immigration reform, five for farmworks in fires, respect and dignity for Amy’s Kitchen workers, Hyatt Hotel workers, and for an end of sheriff collaboration with ICE.

Santiago, a farmworker who works closely with animals on a ranch, attended the May Day march. In 2017 during the Tubbs fire, he said his employer didn’t seem to care about him. “They didn’t provide me with a mask, they evacuated all the animals and left me there to work. They left me to watch over their ranch,” Santiago said.

Attending with Santiago was his friend Lidia, who said, “I’m here today to support our farmworks so that they can be given a liveable wage as well as immigration reform.”

Supporters chanted as Careño spoke. “Those chants need to be heard up to heaven where all the workers who have fought and perished are and are hoping that all of us who have stayed will have justice for all,” she said. ¡Se Puede!”

The crowd answered, “¡Si se puede!”  After the speeches, participants  marched in a line that stretched 1.4 miles, led by a group of Aztec dancers to Old Courthouse Square. Passersby on the streets and some in their vehicles cheered and honked their car horns. Once they arrived, many sat on the lawn as people read aloud poems and watched a theatrical performance. 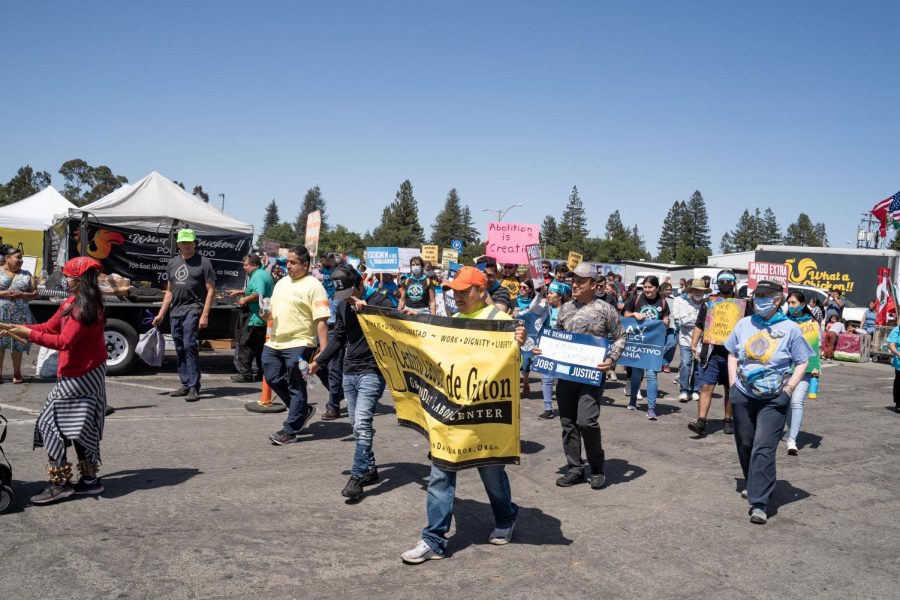 Five for Farmworkers for Fires 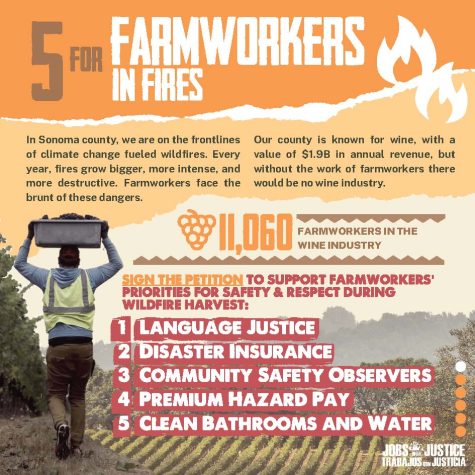 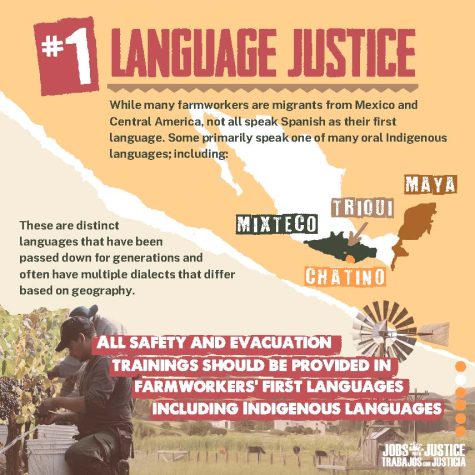 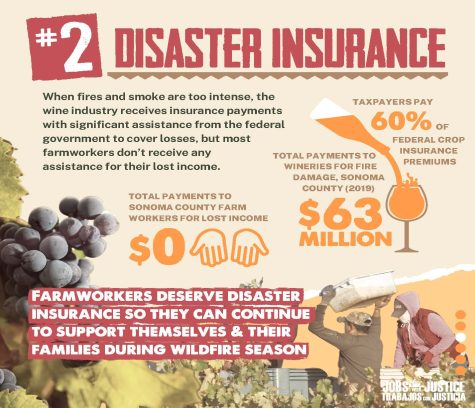 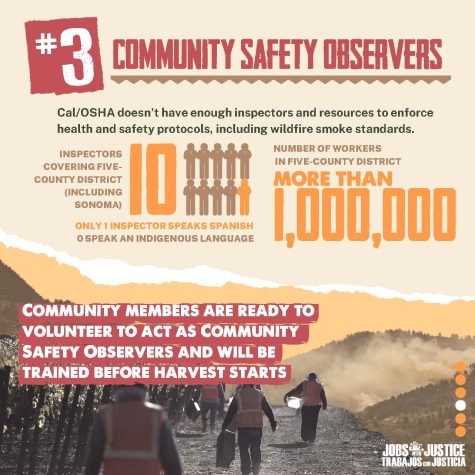 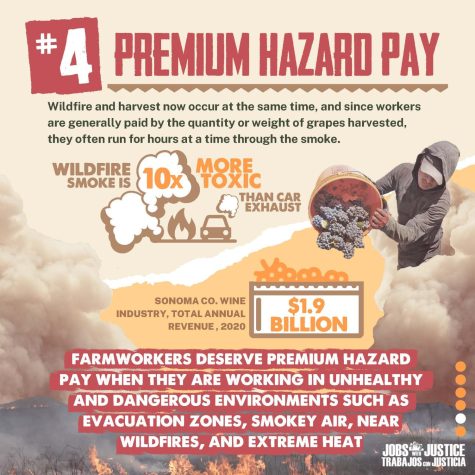