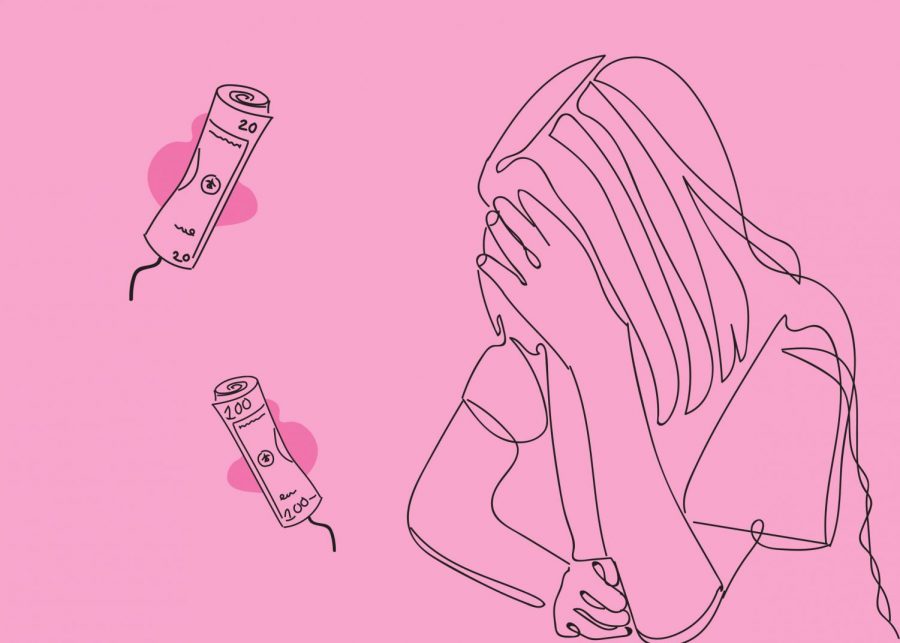 When I was in grade school I remember being separated from the boys in my class to learn about my body. Soon my female classmates and I would begin transitioning into womanhood so my fifth-grade teacher warned us about the impending changes to our body.

Having a period was a mark of maturity, but with this change came additional responsibilities and concerns that boys our age didn’t have to deal with. My worries about my next math test grade were interrupted by whether or not I’d get my period in the middle of class. I remember feeling guilty that my mom had to buy me pads, something my brothers didn’t need.

Just because I was a girl.

It wasn’t strange at the time, but this initial separation between boys and girls would launch a lifetime of misunderstandings and confusion about the opposite sex. For one, girls don’t have cooties, and boys don’t come from Mars.

But when does this innocent, playground banter become institutionalized discrimination?

Behind those closed doors  I was taught my period was shameful and something that shouldn’t be talked about in the open. For a long time I’d feel the need to whisper when asking another woman for a tampon. Like it was a secret I was meant to keep.

I realize that many who menstruate don’t conform to the female gender, and not every person who identifies as a woman experiences menstruation; I am writing solely from my own experience. Because of prevalent misconceptions, information and sympathy have been hard to come by. Menstruation is a dirty word even though it’s experienced by 50.8% of the U.S. population. Companies and state governments make money off of the woman experience, charging higher prices and taxing products targeted to women.

For those who don’t know,  menstruation is a period of time (no pun intended) that happens to women once a month involving the shedding of the uterine lining and egg that the body had prepared for pregnancy. The process of menstruation, pregnancy and childbirth is often portrayed as a magical experience; in reality it is based on fact and science and not sparkles and unicorn dust.

During the 2019 Academy Awards, a film called “Period. End of Sentence.” won best documentary on a short subject, forcing Hollywood to give a previously taboo subject the star treatment. The film’s director, Rayka Zehtabchi, made history as the first Iranian-American woman to win an Oscar.

“I can’t believe a film about menstruation just won an Oscar,” Zehtabchi said, accepting her award.

Yes, the film is about menstruation, but it’s more than that. The Netflix documentary follows a group of women in an Indian village working towards affordable and accessible feminine products in the face of stigma.

Menstruating women in many countries and cultures are seen as unclean and are ostracized from the kitchen, religious activity and often an education.

The film and my own experiences with menstruation lead me to believe that a lack of understanding about the menstrual cycle fuels inequality between men and women.

Unfortunately, this experience is a common one. Although we don’t have these same deep-seated reservations surrounding menstruation, American women still don’t have equality and control over their own bodies.

But we’re not here to whine. We’re here to change the conversation about menstruation. Even just uttering the word out loud moves us that much closer to equality and understanding.

The conversation around periods is often negative, highlighting the most extreme symptoms: cramps, bloating, mood swings and the uncontrollable urge to eat a pint of ice cream in one sitting.

Normalized stigma surrounding periods breeds stereotypes instead of understanding. Women’s anger, irritability or sadness is brushed aside as PMS. Period pain is not considered an adequate excuse to skip work.

A 2012 Birmingham Women’s National Health Service Foundation study found that 20% of women experience periods painful enough to interfere with daily activities. Some companies have implemented available sick days for chronic illness and for periods, but many fear being a women will become synonymous for being ill.

Many companies hesitate to hire women, fearing high insurance premiums, multiple sick days, pregnancy leave and sexual harassment cases. According to a study conducted by Slater and Gordon, 40% of managers avoid hiring younger women to get around possible maternity leave.

Just being a woman is basis to warrant being overlooked and left out. It’s these situations that the Equal Opportunity Act was created to prevent, but more cases keep falling through the cracks.

Genevieve Bertone, SRJC director of student equity & persistence, describes a time when she got her period at the beginning of a keynote panel, having to sit through the entire event, leaving in a hurry when it was over.

“No man ever has to deal with this. I think it is a major disadvantage,” Bertone said.

Bertone’s experience is not uncommon. A similar situation has happened to almost every menstruating person at least once in her lifetime.

Menstruation also puts women at a disadvantage financially. Period poverty is a thing. The availability of feminine hygiene products is minimal for homeless, incarcerated and impoverished women.

In 35 states, feminine hygiene products are taxed as “non-essential goods.” This tax is also often referred to as the “Luxury Tax,” a legal way for states to charge more money for products they deem a luxury, like cars and jewelry. Because women are the targeted consumers of these products, this tax is discriminatory.

Similar to the ”Luxury Tax,” there is the “Pink Tax.” Although tax is in the name, it’s not really a tax, but a ploy to charge more for products that appeal to females: pink razors, floral-scented shaving cream and the luxurious tampon. The “Pink Tax” costs the average women an extra $1,351 every year.

There are some women who choose to forgo tampons and pads in general, choosing sustainable products such as the menstrual cup or period underwear that can be used more than once.

For some women, simply talking about menstruation isn’t enough to enact change. Some choose to free bleed to bring awareness to those without access to feminine hygiene products, while others do it to shed the stigma attached to period blood.

“I ran with blood dripping down my legs for sisters who don’t have access to tampons and sisters who, despite cramping and pain, hide it away and pretend like it doesn’t exist,” Ganhi told People Magazine. “If we don’t own the narrative of our own bodies, somebody else will use it against us.”

The Women’s March and #Metoo movement have made strides in changing the conversation about several women’s issues. Just as sexual harassment and assault are now part of the mainstream conversation, so should menstruation be.