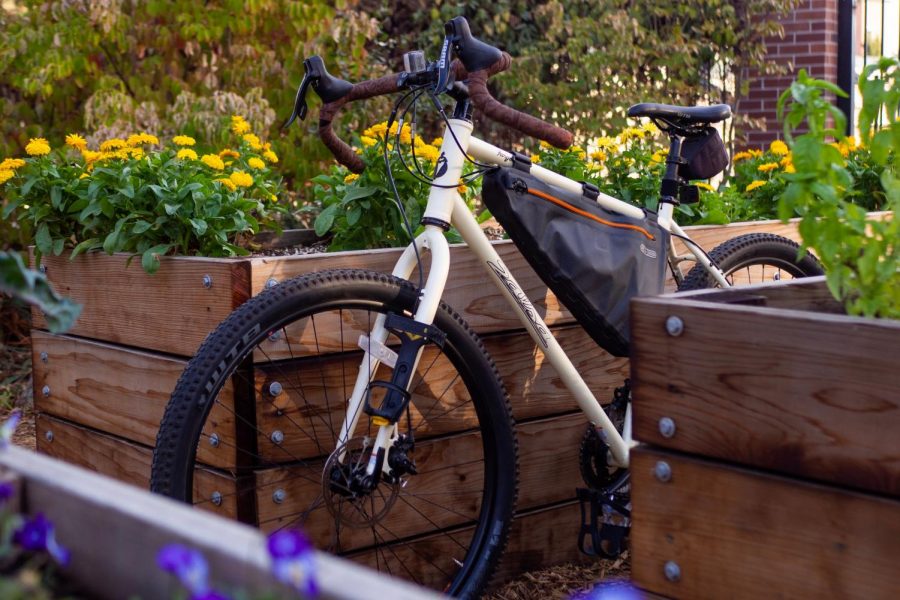 Santa Rosans will need to make major adjustments to their lifestyles in order to survive climate change.

Climate change grips the world and its effects are felt everywhere. Years of seasonal wildfires and drought take their toll on Santa Rosa. The northern and eastern edges of the city burn down in successive years, causing the homeless population to explode.

Because of dramatic changes, Santa Rosans adapt their lives according to these four best practices out there.

1. Plant a food garden. The depressed economy is felt countywide. People begin to plant gardens to grow their own food.

The Plant Your Food movement blossoms and neighborhoods become flowering gardens as people plant vegetables and herbs in all available spaces — along sidewalks, in front and backyards, in empty lots and on unused farmland.

Organic waste is composted and used to enrich soil. Even “night soil” — humanure — is used to fertilize trees, allowing water that would normally be lost through the use of conventional toilets to be used for irrigation.

Food forests create microclimate zones. Trees cool the air in the summer and filter dust and contaminants from the air during the smoky fall. Santa Rosa becomes a net food exporter.

The Plant Your Food movement spawns its own subset of businesses: olive-oil production, canning services, neighborhood distilleries and breweries and marijuana boutiques.

Hand in hand with the rise of cottage industries comes the revival of local markets and currency. Regional commerce thrives.

3. Get to know your neighbors. Reversing a decades-long national trend, Santa Rosans reach out to befriend and help one another. Working together, they repair roads, police their own neighborhoods and fight fires, filling in the gaps left by perennial budget deficits.

It’s a point of pride that every single person in the city is fed each day.

Neighbors barter and care for one another in familial-like networks.

The local ride-share app Move Me successfully promotes carpools. A sense of community grows within the city, leading to a neighborhood revival.

Roseville becomes renowned for its food-to-table ethnic cuisine and its monthly music festivals, Railroad Square for its daily open-air markets and Memorial Hospital for its sprawling, free herb gardens.

Bike paths are revitalized and built throughout Santa Rosa. As people pedal in greater and greater numbers, the health effects become apparent. Fewer people get sick, and there is a noticeable decrease in heart and coronary disease.

People begin to spend more time outside, to socialize more and to explore the city in ways they never have before. With fewer cars on them, the streets are safer and the whole city is quieter.