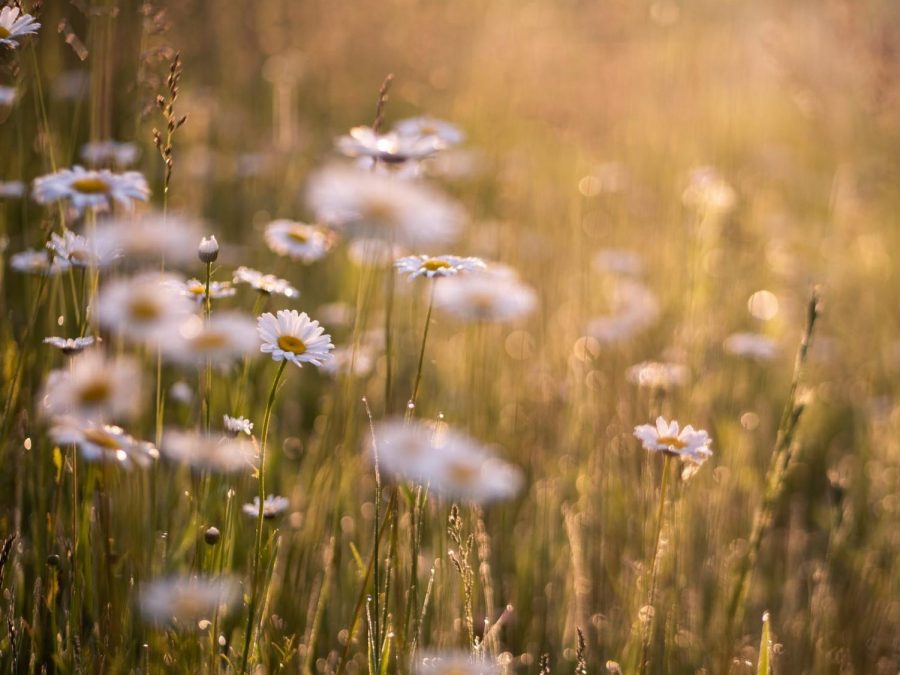 Daisies were in the sky. Flowers were woven into her dark, slightly frizzy hair. The sky was calm. The sun was shining. The softness of her face, the storm in her eyes, the meadow she stood in: it was as beautiful as suicide. It was the calm before the storm. A single drop of rain fell absently from the sky. Acid burned her smooth skin, but she did not feel pain. She closed her eyes, lifted her arms and started to spin in slow circles. Her head fell back slightly as she started to sing a silent song. She opened her arms, as if welcoming the rain. She smiled as it began to pick up. Life crept through the meadow. She tasted the color of the night her father left. She let her mother’s money drain into greed’s groundwater. She sensed addiction seeping from the bottom of her grandmother’s champagne bottle. She laughed at the river of depression lapping at where she stood in the middle of the meadow. It whispered, “Life does not matter anymore.” Her brother watched her from the forest of failure and conformity. The tree of anger wasn’t far from him. He couldn’t see the meadow. The sun slipped away and she opened her big, brown eyes. She looked over at the tree of anger. It was ablaze and coming for her. The smell of alcohol overtook her senses. The depression buried her waist-deep. She was drowning. Anger met depression, sending her the heat of a million wildfires. It was euphoria.