The Oak Leaf • May 3, 2018 • https://www.theoakleafnews.com/top-stories/2018/05/03/centennial-series-the-unfortunate-hidden-irony-in-srjcs-first-baseball-state-title/ 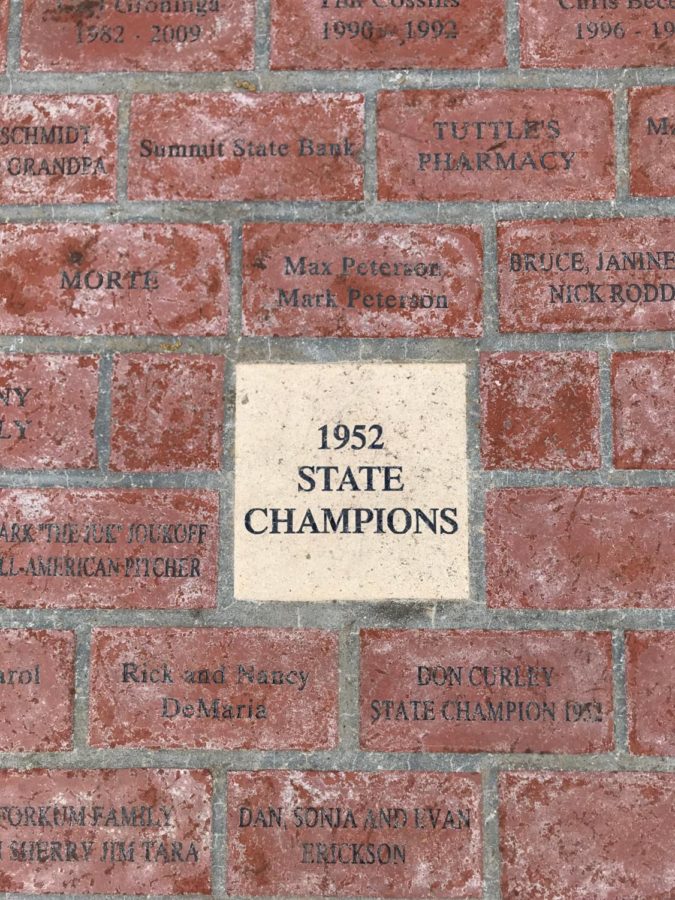 A plaque representing the 1952 championship lies on the Santa Rosa campus.

Sypher left SRJC five games into his 16th season as head coach of the men’s baseball team to resume lieutenant duties at Camp Pendleton Military Base in Southern California.

The Bear Cubs lost the first game in the three-game series for the state title, but roared back to win the final two games of the series.

How unfortunate and ironic was it for Sypher that the only team to accomplish a championship winning season during his tenure, was achieved without his expertise.

Coach Sypher officially re-joined the team in the 1955 season. He never got the chance to coach in a state championship game himself, retiring a decade later in 1965.

Sypher was hired in the spring of 1936 as an assistant coach to Dick Blewett for football, basketball and baseball. He eventually took over as full-time head coach of the baseball and football teams the following season.

Sypher entered the Marine Corps reserve in 1933 as a private. He saw five years of active duty during World War II and the Korean War. He reached the rank of lieutenant colonel while stationed in the South Pacific during the Korean War.

Despite Sypher’s absence from the championship winning team in 1952, he left an unheralded legacy at SRJC.

Sypher remains the most successful baseball coach in his 30-year history with the school. His legacy is forever entrenched where the Bear Cubs play baseball at Sypher Field.