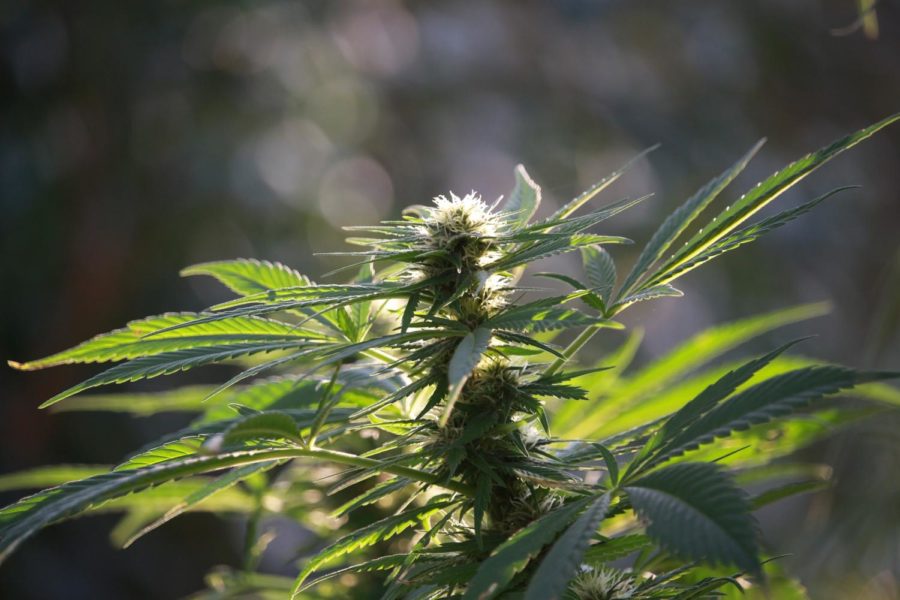 Editor’s note: To receive updates on stories like this, please download the Oak Leaf mobile app for Apple or Android.

Pot, dope, weed. Ganja, chronic, herb. All words used to describe a plant that has caused much debate over its medicinal value, legality and reputation. Harvesting past articles from the Oak Leaf’s archives revealed a virtually nonexistent cannabis culture during the early years of Santa Rosa Junior College. However, throughout the decades public opinion has shifted from narrow-minded to tolerant and supportive.

As cannabis culture and the public’s views of it continue to alter, it’s hopeful that a successful, budding new industry will blossom. Reflecting on past standpoints shows that attitudes towards marijuana have come a long way.

Negative views clouded the air well after the 1936 propaganda movie, “Reefer Madness,” debuted. In the movie, originally titled “Tell Your Children,” teen smokers are depicted as crazed and reckless addicts with no self control. The movie hit parents with more paranoia than a first-time smoker and sparked anti-marijuana sentiment.

The earliest mention of marijuana in The Oak Leaf was negative and can be traced to a 1938 article titled, “Legislature Is Attended By Students.”

At the time, student government leaders from SRJC attended the California Youth Legislature Model, with other student leaders from colleges across the state, in order to create solutions to common issues. One proposal was a bill that urged more education against marijuana, suggesting that cannabis was not widely accepted by Sonoma County youth during this era.

In a November 1951 issue of The Oak Leaf, an article titled “Deadly Killer Stalks Sonoma County Seat,” noted the dangers of narcotics and connected marijuana as a gateway to deadly drugs like cocaine or heroin. The article warned, “Soon the lift that is gotten from one reefer isn’t enough and more cigarettes at lesser intervals are required.”

Positive support for marijuana culture kicked into effect during the counterculture revolution of the 1960s. From Haight-Ashbury to The Waldos, the creators of the term “420”, and concerts to garage kickbacks, weed became the drug of choice for many teens and college students.

In the 1965 article, “Trends and Ideas From Other College Campuses,” Oak Leaf writer Kathy Bramwell said marijuana was found to be a staple drug on many campuses.

“It was no secret that drugs had become a part of college life,” Bramwell wrote. “The drugs are not attractive because they are forbidden, but because the young are looking for mystical experiences and want to keep renewing the experience.”

Schedule 1 drugs are drugs that can be abused, have no officially recognized medical benefits and are unsafe even while under medical supervision, according to the FDA.

By the late ’70s, cannabis had become even more accepted in mainstream society.

Articles like “The Real Deal on Dope” aimed to educate readers about the logistics of The Moscone Act, which changed small possession charges from felonies to misdemeanors. “Thus possession of one pound of marijuana for personal use will be a misdemeanor, while possession of one ounce or less with intent to sell is a felony.”

The new legislation even allowed for previous charges to be expunged through a Superior Court petition.

Throughout the ‘80s, The Oak Leaf reported several possession arrests on campus. In each case students would be identified and have their marijuana and paraphernalia confiscated before release.

In 1988, cannabis culture was accepted and the school considered its use as a normal occurrence. Andrea Neptune’s piece, “It’s no crime to be caught with pot,” covered former Dean Ken Holback’s point of view of these cases. “It’s very rare that I will bring a student into my office about it,” Holback said.

Public opinion on cannabis in California has fluctuated throughout the years, but Californians have remained consistent for several decades in support of cannabis’ medical use.

An October 1996 article, “Compassion will vote ‘yes’ on 215,” foreshadowed medicinal marijuana legalization while urging the public to inform themselves before voting. “Realistically, maintaining its illegal status protects nobody, not your children and certainly not people with diseases whose symptoms marijuana can ease.”

Shortly after, Californians approved Proposition 215, “The Compassionate Use Act,” which allowed people 18 years and older to purchase regulated cannabis with a doctor’s recommendation.

Prop 215 wasn’t the first time California featured marijuana burning on a ballot. First in 1972 with the California Marijuana Initiative, then again in 2010 with Proposition 19, California voters were twice given the chance to legalize, regulate and decriminalize recreational marijuana use. However, both times the acts failed to gain enough support for legalization.

The option to legalize came once again in 2016 with Proposition 64, a thorough, revised proposition that had an $11 million support campaign. This new act covered all the bases, regulating advertisement, package labeling and taxation.

In 2016, Prop 64 passed with 57.13 percent of voters in favor, which legalized recreational marijuana use in California. The Adult Use of Marijuana Act allows state agencies to issue licenses for the regulated, legal sale of cannabis and imposes a 15 percent excise tax on cannabis products.

Starting Jan. 1, 2018, taxes on cultivation and distribution rose to $9.25 per ounce of bud and $2.75 per ounce of leaves. The bill also put a five-year halt on licenses for large corporations to protect small, independently-owned businesses.

While an underground cannabis industry has been around for decades, the recent legalization and new regulations will open more doors to business opportunities and will bring a new demographic of consumers.

Marijuana culture among young people will grow steadily in California because of the recent recreational legalization. Some SRJC students welcome the changes and hope for a positive future.

“I predict marijuana will get more socially acceptable and common,” said Jerome, 19, a sociology major who declined to share his last name.

Other students, like Cameron White, 19, accept legalized cannabis, but don’t plan on partaking in recreational marijuana.

“I’m fine with it, especially if it’s good for the economy,” said White, a political science major.

While the opinions on cannabis culture among young adults are mixed, overall support for legalization has sparked an educational decision from the school.

The school has discussed plans with Sonoma County Growers Alliance and CannaCraft for a cannabis certificate program.

“Cannabis is clearly a growing industry,” Dr. Chong said. This creates a perfect opportunity to involve SRJC students in the cultivation and education of cannabis in order to be prepared for the expanding industry.

Ricky Hamilton, 27, an SRJC geology major and medicinal marijuana smoker said she uses cannabis to regulate a mood disorder as well as to help sleep.

Hamilton would take cannabis courses if they work with his schedule, “It’s definitely something interesting to me—the botany aspect and messing with genetics of plants,” Hamilton said.

In a decade or so SRJC may have cannabis courses in full swing, preparing students for a new work field. Cannabis may become a legitimate alternative to some traditional medicines, rendering addictive pain prescriptions ineffective. In a century from now, society may have completely embraced the versatility of cannabis.