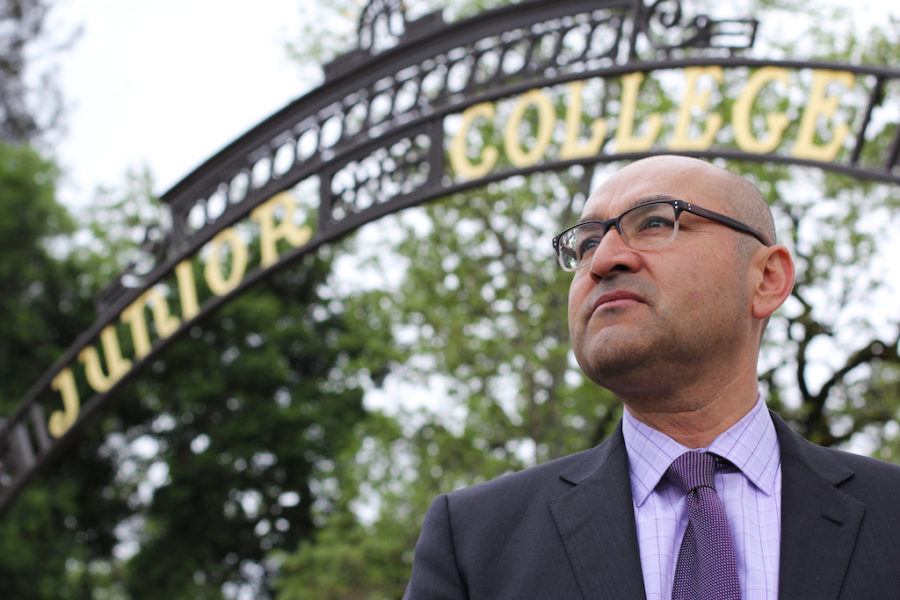 Avila was born in Guadalajara, Mexico in 1974. Before he was born, his father was in the Bracero Program, which allowed Mexican men to enter the U.S. to work short-term, primarily agricultural contracts. The Bracero Program was created at the beginning of World War ll because many U.S. farmers feared the war would bring labor shortages to low-paying agricultural jobs.

His family moved to Castroville, California when he was 9 years old. “We were poor so we could not afford to rent a house. Our first years here we lived in a garage,” Avila said. “The idea was to come to the U.S. to find opportunity, but the first five years were very difficult because it was nothing like I had imagined.”

As a 9 year-old, Avila worked in the strawberry fields of Salinas with his parents and siblings. They worked six days a week in the summer and every Saturday during the school year.

“My father worked picking broccoli where child labor was not allowed because they used knifes.  The rest of my family worked picking strawberries,” Avila said. ”My father would drop us off at four in the morning at the strawberry fields on his way to work. It was dark and cold so we would cuddle to keep warm until the sun came up and we could begin to work.

Avila attended Fresno State University, where he met his wife and received a degree in business and Latino studies. Later he received a Masters in Business Administration from Rockhurts University.

As a first generation college student, Avila said he faced many challenges transitioning from high school to college.

“I doubted if I belonged in college. My biggest fear was that I wasn’t going to do well, drop out and bring shame to my family I received a lot of support from counselors and faculty, and assistance from categorical services like EOPS (Extended Opportunity Programs and Services). This is why I love working in student services and I’m passionate about ensuring students receive the support they need,” Avila said.

Avila worked for six years in the private sector before deciding to pursue a career in education. His first job in education was at West Hills College in Coalinga, a rural district that serves a high number of migrant, low income and first generation students.

“That was the population I wanted to serve because I related to them,” Avila said. “I am a product of an educational system with people that cared, reached out and provided me with support and opportunity. I’ve always wanted to give back to others in need.”

Frank Gornick is the chancellor at West Hills College and Avila’s former boss.

“What impressed me most when I interviewed Pedro was his insightful questions about our process and I could tell right away that he had a great intellect and perception about the tasks that we were attempting to undertake,” Gornick said.

Gornick felt it was easy for him to give Avila more responsibilities and promote him over the decade because he delivered on everything that distinguished West Hills College among other community colleges.

Avila worked at West Hills for 12 years and said he was given the opportunity to lead various departments and finally ending up as vice president of student services at West Hills College Coalinga.

First generation student Angeles Pineda was an undocumented student at West Hills College while Avila was working there. Pineda knew that Avila understood what she was going through since Avila had experienced many of the same struggles first hand.

“Pedro was my mentor,” Pineda said. “He knew that I was undocumented and that I couldn’t afford to pay for school. He guided me through the process and told me what classes I needed to take and connected me to resources that got me through college.”

Avila’s dedication to Pineda paid off. She graduated from West Hills College and transferred to Fresno Pacific where she received both a bachelor’s and a master’s degree.

Avila enjoyed his job at West Hills in Coalinga but was commuting from Fresno five days a week and wanted to spend more time at home with his wife and young family.

Avila left West hills in 2013 for a position at State Center Community College District located in Fresno. He spent three and a half years there as their Associate Vice Chancellor of Enrollment Management, Admissions and Records, and Information Systems.

“During my three and a half years at State Center we grew 13 percent, which was one of the highest growth rates for community colleges in California,” Avila said.

Avila was pleased with the smooth transition from State Center Community College District to SRJC. He enjoys being back on a college campus with the students and student services, where his heart is.

Patie Wegman is the dean of student conduct at SRJC. Wegman said she can already see a subtle shift around different components of the institution.

“He seems to really be tuned in to understanding the overall program of student services and the integration of all the different offices in a really clear and analytical way,” Wegman said.

SRJC President Dr. Frank Chong is grateful that an education professional of Avila’s caliber has joined the college.

“Education is the pathway to individual career success and collective economic growth,” Chong said. “With thousands of local students depending on SRJC for an affordable way to obtain an excellent education, the best practices and successes that Pedro brings to Sonoma County will have a ripple effect for both our residents and our economy.”