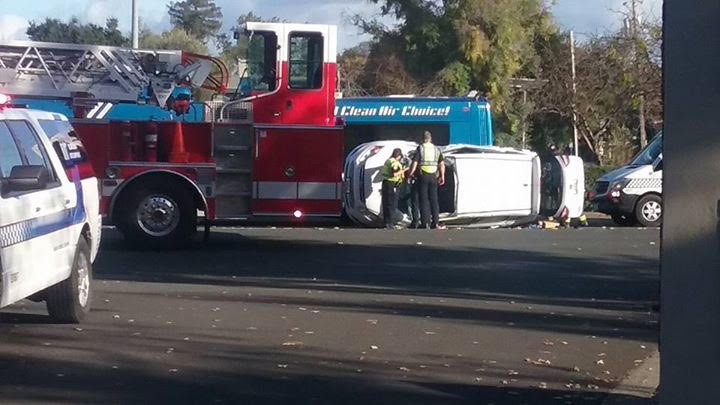 The accident caused the car to flip on its side in the middle of Mendocino Avenue next to SRJC.

Two cars collided with a Santa Rosa city bus in front of Santa Rosa Junior College near the corner of Mendocino and McConnell avenues at 2:35p.m. Nov. 28.

At least one person was transported by ambulance to the hospital with injuries.

It is not known whether any of the injured parties were Santa Rosa Junior College students.

This same area was the scene of a hit and run in Dec. 2015 and is known as an area of concern for traffic safety.

Police are currently investigating the cause of the accident.