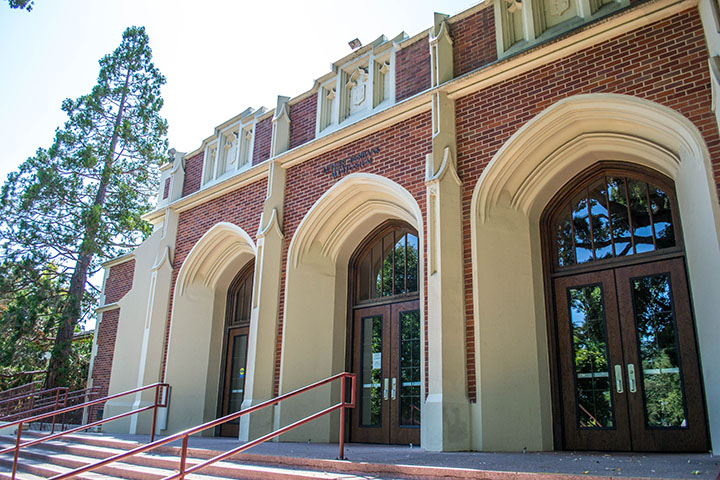 Sonoma County Junior College District will use the first of its $410 million Measure H funds to revitalize Luther Burbank Auditorium for the school’s centennial celebration.

Along with new upgrades to the theater, there will be a design overhaul, new stadium-style seating, and more space for the theater and dance departments.

As of now, the theater seating is on a flat plane with limited views of the stage. With the new and improved stadium-style seating, views will no longer be constricted as all seats in the house will have a clear view of the stage.

“Burbank has always been a great stage and has served us well,” said kinesiology, art and dance instructor Lara Branen. “But the lack of raked seating has always been an issue for the dance audience.”

In addition to the overhaul of the auditorium, the campus gains a brand new multipurpose building that will seat 200 people next door to Burbank.

“This may be a venue for other types of dance performances,” Branen said.

The overhaul is set to start in spring 2017 with a projected completion in December 2018; just in time for SRJC’s centennial anniversary.

Current classrooms in Burbank will have to be held in a different location during the renovation.

“They’ll be putting the classes in Analy Village while construction is completed on the auditorium,” said communications instructor Mark Nelson.

Not only will SRJC get a new facility for its theater shows, but many other necessary upgrades are in the school’s future.

“This is a 98-year-old college and there are $1 billion worth of deferred maintenance,” said SRJC President Dr. Frank Chong.

When asked about the school’s priority in the direction of bond funds, Chong said, “$70 million will be going toward technology, along with a new  $60 million STEM building. There are plans to redo Emeritus, and a new $20 million solar energy program is in the works to get the campus to ‘net zero’ energy.”

With this addition to the campus, SRJC will be self-sustaining and will no longer need to outsource to power companies.

Overcrowded parking lots are a daily concern for many students, and many wonder if a long-term plan is in the works to help facilitate the need for extra spaces.

Chong and SRJC faculty proposed a long-term goal to remove all surface area parking on campus and create a consolidated, multi-level parking lot along Armory Drive.

This would create green spaces and bike paths to make the college more bicycle-friendly.

For now, the SCJCD hired Santa Rosa-based Quattrocchi Kwok Architects, Gensler, TLCD Architecture and Mark Cavagnero Associates to oversee and evaluate the master plan of the first project. These companies will assess and create a strategy for each site while interweaving the facilities and educational master plan.

Students and faculty alike are wondering if the large project will be completed on time.

“Theaters are one of the most complex building types, and the design of these facilities requires a large team of experts,” said Daniel Backman of TLCD Architecture. “We are working closely with the district’s bond manager and master planning team to deliver this project on budget and on schedule for SRJC’s Centennial in 2018.”

SRJC students, faculty and Sonoma County residents are looking forward to seeing what the $410 million dollar bond will create in the upcoming years as the college prepares for its 100-year milestone.