How can Europe's nations afford so many newcomers? 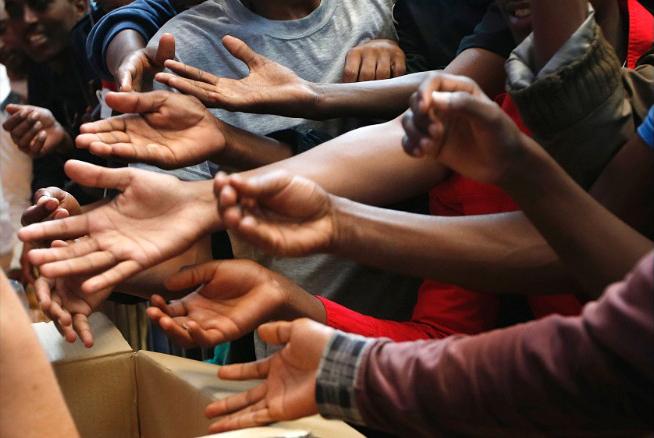 Over the past few months, an overwhelming number of people have braved a perilous journey through makeshift rafts and near-starvation from the Maghreb and Middle-East to Europe, or what many Americans nostalgically refer to as “the old country.” At first glance, it seems logical to assume the migrants are simply looking for a better life due to lack of opportunities, failed economic stimuli and the unforgivable barbarism the Islamic State perpetuates.  But as a European, I must challenge these assumptions in the hopes of not only having Europe’s best interest at heart, but also the people flooding Europe in hopes of finding better lives.

While all of these unfortunate circumstances are true, one must ask how the people of Europe can accommodate such an outpouring of people in need who do not have income or contribution. The Eurozone is deep in debt and a country such as Greece can no longer afford to sustain itself without aid from other E.U. members or the International Monetary Fund.

Most European countries have social policies such as medical programs and education initiatives whose existence has become a source of national pride, if not law. For example, women are able to give birth at little to no cost, children of single parents have priority to afterschool programs and medication prices are subsidized by the state, all under the notion that healthcare and education are fundamental human rights. But there is a cost many Americans dread and ridicule Europe for: taxes.

Taxes in Europe are quite different than in the United States. One pays according to one’s means, and one receives aid according to one’s needs. Taxes are also applied more fairly, in that the wealthy are taxed at a higher rate than the middle class, allowing normal citizens an equitable share of life.

But many Europeans are wary of late, mostly due to the fledgling economy. Many of these programs and benefits have been in danger of disappearing because of massive unemployment and not enough contributions into this system by a strong workforce percentage.

This predicament is the main reason why even the most liberal of citizens will contest accommodating thousands of refugees. How do we, as Europeans and human beings, expect to take care of others when we are unable to maintain our own way of life?

One popular European solution is giving aid to the migrants’ countries with the goal of improving their economic infrastructures, so that they may be able to lift themselves out of their dire situation instead of abandoning their homelands. Another solution would be for North America, with its vast territory, to accept a large portion of migrants from the Middle East, due to the fact American actions in those regions and especially Iraq are largely to blame.

There may not be just one solution to the migrant problem.  In the end, it will take every country doing what it can to help the people pouring out of the Middle East. But this aid should not come at the cost of the economies of those providing it.