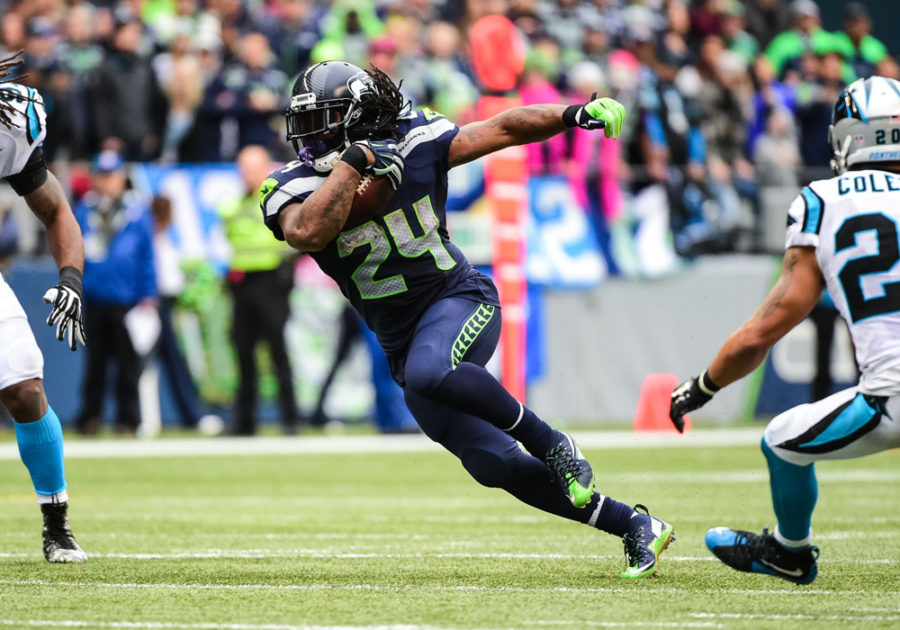 A dab of beast mode.

Trading for and acquiring the currently retired Seattle Seahawk, Marshawn “Beast Mode” Lynch, will seal a Super Bowl victory for the Oakland Raiders in 2018.

The Raiders recently announced their official move to Las Vegas in 2019, giving the current Oakland team two seasons to finish the job it started. And what would be a more perfect way of finishing it than with Lynch, an Oakland native.

Lynch is currently still signed with the Seahawks but has met with Raiders head coach Jack Del Rio. The Raiders and Seahawks both confirmed talks about making a trade. Recent negotiations between Lynch and the Raiders have stalled because Lynch wants $4.5 million a year and the Raider only want to pay $3 million.

Lynch’s last year in the NFL was one of his least productive, somewhat due to injury but mostly due to disagreements with the Seattle organization, including management, coaches and teammates.

For instance a shouting match between him and offensive coordinator Darren Bevell on the sideline after Bevell ran a pass play from the 1-yard line: a play reminiscent of the Malcolm Butler interception that cost the Seahawks the 2014 Super Bowl.

But that kind of incident will not happen on the Raiders for one main reason: Lynch loves Oakland. Beast Mode grew up in the Bay Area and played football at Oakland Technical High School then at University of California, Berkeley. Since entering the league in 2007, he has continuously come back to donate his time and money to those who need it in Oakland, especially the youth. Whether it’s football camps at his old high school or charity work done through his Fam 1st Family Foundation, Lynch’s heart has always been in Oakland.

Between the Raiders impressive offensive line and Beast Mode’s relentless attitude, this would be a match made in heaven. And after a year off from brutal NFL, he will come back fully rested and ready to help Oakland grab one more Super Bowl before we say goodbye.