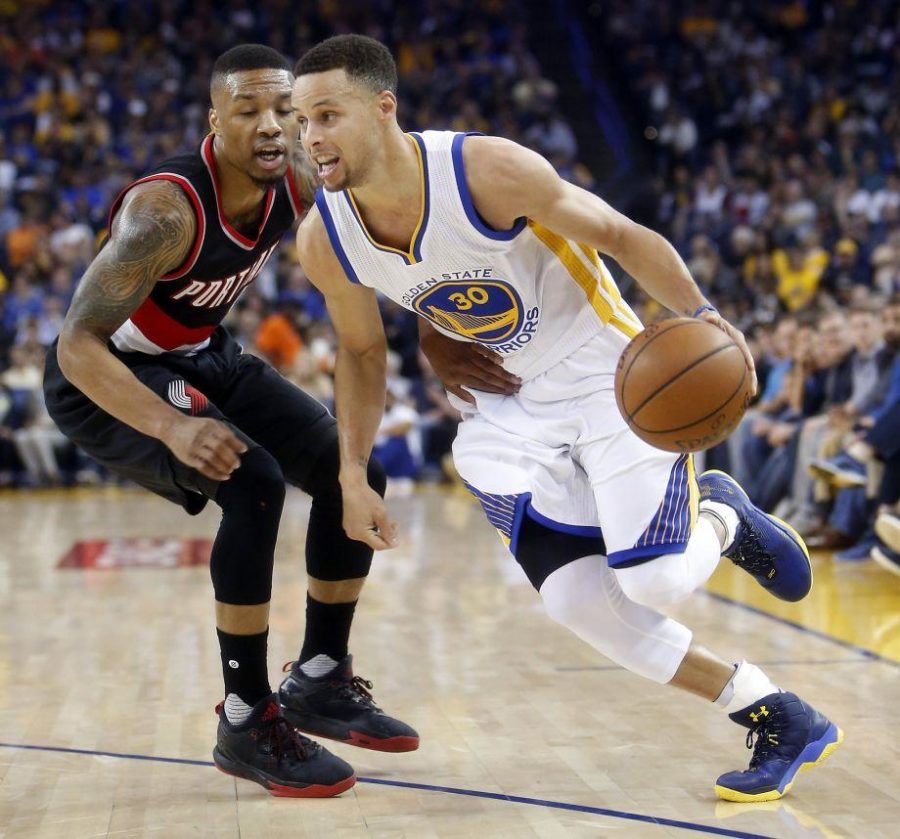 Stephen Curry was back on the floor in Game 4 of the Western Conference semifinals, and basketball fans throughout the world were reminded what the NBA playoffs were missing while Curry was sidelined.

For all the talk about the Warriors still being a playoff force without Curry on the floor with an MCL sprain; his presence turns a very good team into the greatest team of all time.

He recently won his second consecutive MVP award, becoming the first player to win the award unanimously. For all their greatness, Michael Jordan and LeBron James never lapped the field like this. During the regular season, Curry averaged 30.1 points, seven assists and six rebounds per game, while playing less than 35 minutes per game. With a 50/45/90-percent shooting line,

Curry put together the greatest individual season in the history of the NBA.

Announcers, fans and talk show hosts turn to hyperbole when talking about Curry, unable to fathom what he is accomplishing. Fellow players, including superstars such as James and Kevin Durant, tweeted their disbelief. But for all of the greatness Curry displays night in and night out, he consistently finds ways to one-up himself, constantly redefining the impossible.

In the latest installment of the Steph show, Curry returned from a two-week hiatus to score an NBA-record 17 points in overtime, singlehandedly carrying the Warriors to a crucial win and reaffirming his standing as the league’s greatest closer.

Curry was far from perfect in this game, missing his first nine 3-point attempts as he struggled to find his form from deep. Yet, the importance of his presence was evident, as his teammates earned exponentially more uncontested looks due to the threat of his shot and handle.

Rust was to be expected in this game for Curry. He played just 38 minutes of basketball since the end of the regular season, and nearly half of those minutes were played on an injured ankle. Through three quarters, Curry had just 13 points. In the fourth quarter, he flipped the switch from standby to max volume. As a 6’3” bundle of unparalleled skill and dominance, Portland was helpless to stop him.

Golden State is a playoff team without Curry, but not a true title contender.

With Curry on the floor, no team is capable of dethroning the defending champions. The Warriors won’t lose a series this playoff season because Curry simply won’t allow it to happen. He is always there to rescue his teammates, having stolen victory from the jaws of defeat time and again this season. Game 4 was no different.

Curry’s return to the floor marked the return of the greatest show in sports, the NBA’s best player illustrating once again why the impossible is expected when he is gracing the hardwood.