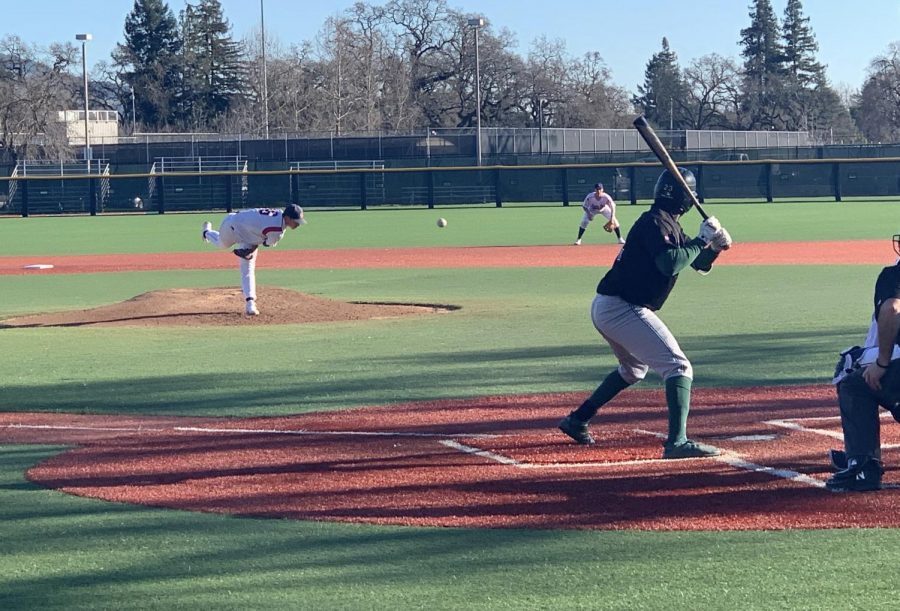 Noah Rennard delivers a pitch to a Laney College batter in the sixth inning of the Bear Cubs' 4-0 win Thursday at SRJC. Rennard was masterful, pitching into the eighth inning without allowing a hit.

SRJC sophomore Noah Rennard was the starting pitcher for the game and pitched a masterful game.

Rennard went seven and two-thirds innings without allowing a hit. He was taken out in the eighth inning due to a high pitch count at 100 pitches.

“I buy into what coach Jon is calling, at any given point I’m not thinking out the hitter per say, I’m just thinking how can I repeat my mechanics and how can I make this the best pitch that I can,” said Rennard.

Assistant Coach Tom Francois was proud of Rennard and his developing game.

“Very proud of Noah Rennard, no hits. Then one hit the whole game, that’s a statement. This team is solid one through nine in hitting and we’ve got some pretty good pitching as well,” said Francois.

The Bear Cubs won their seventh straight game to start the season. Their next home game is against Solano Community College at 2 p.m. Feb. 13.