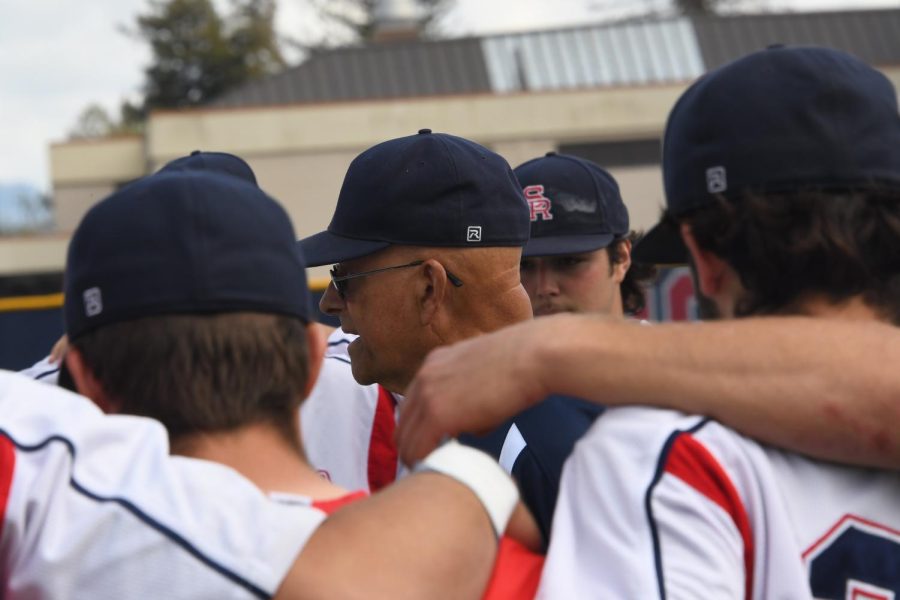 A month into the season, the Santa Rosa Junior College baseball team’s strong 13-6 record gives them a solid position in the highly competitive “Big 8” Conference, but they will need to keep pushing to stay in a competitive position.

The Bear Cubs’ early success has largely been due to huge offensive showings, including wins of 20-4 and 10-0 against Contra Costa College and 17-2 and 11-1 against Mission College. The team has needed its offensive power to keep pace with its highly competitive conference and support the team’s limited pitching staff.

“Right now we’re down a couple pitchers,” sophomore Max Handron said. “It made our hitters step up and produce offensively.”

While there hasn’t been a full season since 2019, the players stayed ready for their opportunity to play meaningful games again.

“We tried to do as much as we could to not fall behind and stay on it,” Handron said.

The team worked hard not only on the physical side of the game, but the mental side as well.

“We all kinda came together and started working toward a winning mentality,” Handron said. “With the help of [Coach Damon Neidlinger] as well, I think the coaching and players coming together has been the main factor to our success.”

So far through the beginning of the season, the Bear Cubs have come back several times after a loss to make a statement win. Even after getting swept in a three game series against Diablo Valley, they returned to form in the next series and beat Sierra College 10-4 and 12-4.

“After a loss we show up so much,” sophomore Jarod Sundstrom said. “Everything is different after a loss. We need to find a way to do that after a win, not getting comfortable and be able to come back, and do it every single day without an extra reason to.”

Neidlinger echoed this sentiment and believes that honing a consistent, winning mindset is a key element of the team’s season.

“Understanding that psychological aspect from coming off of a win or a loss, sometimes you’ll find that winning can be more detrimental than losing off of how it changes the mindset,” Neidlinger said.

Conference play has only just begun, and the Bear Cubs find themselves at 3-4, tied with Cosumnes River for sixth. The team is confident in its ability to go far into the playoffs.

“We have something to strive for,” Sundstrom said. “Last year we didn’t have that. We could’ve won every single game and nothing would’ve come from it.”

In order to get there, the Bear Cubs have to continue putting up big numbers on offense, keeping their mental game sharp and hope their pitching will be ready and available.

“The depth of our pitching is our biggest concern,” Neidlinger said. “When you get into the playoffs you’re playing three games over the course of two days, you’re playing potentially three games straight. In the years we went to the state championship we played five games over the course of three days, and that’s something that you need to have pitching depth to be able to do. That’s something that we need to establish, that all of our active guys have roles and get outs for us.”

The Bear Cubs will continue a three game series Thursday against the second place team in their division, Folsom Lake.