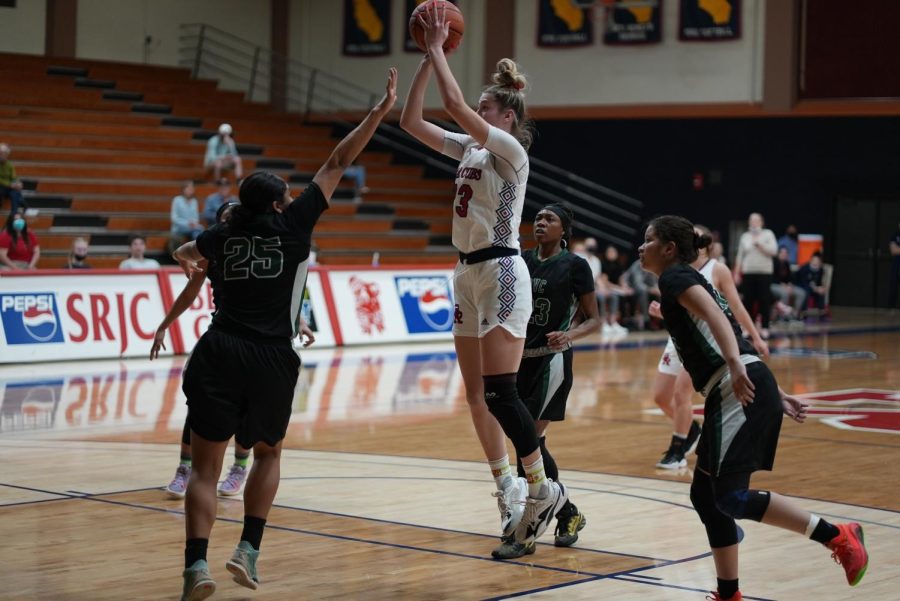 Santa Rosa ended its two-game losing streak against a Diablo Valley team that only had five active players on the roster for the game. The Bear Cubs look to use this win to fuel their final two games of the season.

The Bear Cubs started the game on a 10-0 run and never gave the lead back to the Vikings. Forward Trinity Hawkins, guard Ciarah Michalik, guards Lizbeth and Lizeth Zavala and forward Ashleigh Barr all started for the Bear Cubs.

The Bear Cubs ran a variety of defenses and confused the Vikings for the whole game.

The fourth quarter finished with a Santa Rosa-led score of 65-41. Even though the Vikings put up a valiant effort, the Bear Cubs depth was just too much to handle for the Vikings’ five lone players.

The Bear Cubs totaled 61 rebounds for the entire game, 24 rebounds on the offensive glass and 37 on the defensive glass.

The women’s basketball team’s next game will be against Modesto at 7:30 p.m. on Feb. 15 at Modesto.