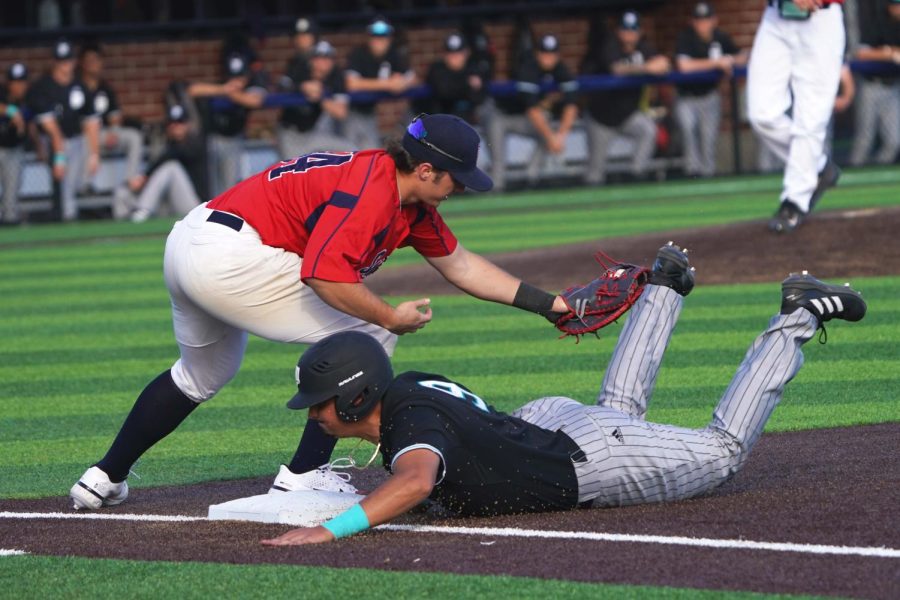 Despite a strong start from Santa Rosa Junior College, the Bear Cubs dropped their first game of the season to the Mission Saints 9-3 on Feb. 2 at Sypher Field.

The Bear Cubs entered their third game of the season 2-0, after a series sweep against Chabot college. Both games were close, but the Bear Cubs’ strong batters propelled them to victory, winning 5-3 in the first game and 8-7 the second game.

In the bottom of the second inning, catcher Jack Gallagher scored an RBI single to bat in fellow teammate, infielder Connor Charpiot, for the game’s first score. The next three batters for the Bear Cubs were unable to do anything in the bottom of the third inning with all of them unable to get on base.

Charpiot scored his second run of the day on another RBI single, this time hit by outfielder Bryce Cannon in the bottom of the fourth inning. The Bear Cubs scored again to make the game 3-0 before the Saints scored nine unanswered runs through the last four innings.

In the bottom of the ninth inning, outfielder Jared Sundstrom hit a single to get the Bear Cubs started and stole second base right after but was unable to be batted in because the Saints forced three quick outs.

The Bear Cubs are down 0-1 in their two game series with the Saints and will play Game 2 of the series at 1 p.m. Saturday at Mission College’s home baseball field.