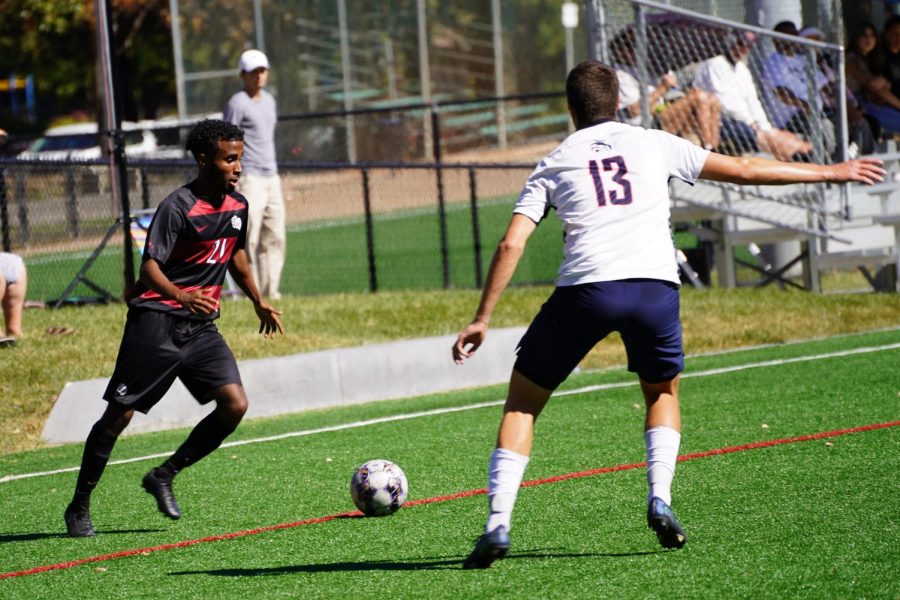 Defender Robel Negash (21) is challenged by American River’s Dominic Verdi (13) in the Bear Cubs’ 6-0 victory over the Beavers on Friday.

The Bear Cubs scored the most points in a game this season, with three points in each half, and its defense allowed zero points.

Freshman midfielder Eric Garcia scored two of the six goals against American River. “It felt pretty good. I haven’t been playing much, but when my time came I felt like I was ready,” Garcia said.

Garcia knew how important of an opportunity his playing time was, “I just wanted to prove myself and put everything out on the field,” he said.

His favorite goal was his second, which was a spectacular shot from about 30 yards. “I was hyped after the second goal,” he said.

The Bear Cubs record now moves to 6-4-2, with a 3-2 conference record. “We were coming off of a win, but we had two losses before, so this was a must-win game,” Garcia said.

The Bear Cubs next game is a non-conference match at 2 p.m. on Oct. 19 at Skyline College.