The Last Dance: Episodes 1 and 2 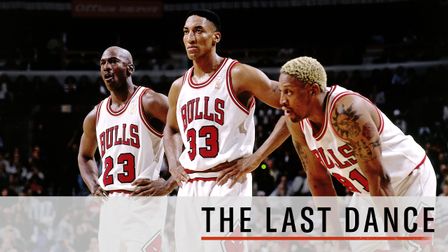 The highly anticipated 10-part documentary “The Last Dance” aired its first episode April 19, and 20 years after the Bulls’ dynasty, it seems like they never left.

The highly anticipated 10-part documentary “The Last Dance” aired its first episode April 19, and 20 years after the Bulls’ dynasty, it seems like they never left.

The documentary is called “The Last Dance” because ahead of the 1997-98 season, then-Bulls General Manager Jerry Krause announced that the season would be Head Coach Phil Jackson’s last. Jackson called that season “The Last Dance.”

The first episode did not disappoint and the wait was well worth it. The episode didn’t highlight Jordan that much, focusing instead on Scottie Pippen and Krause.

Pippen was Jordan’s right-hand man, the Klay Thompson to Jordan’s Steph Curry. You would think being the second-best player on the team would mean he would be paid very well. That wasn’t the case; he had an $18 million salary over seven years, a small sum for a valuable NBA player.

Pippen did not like Krause towards the end of his time with the Bulls. He talked about waiting as long as possible to get surgery so he could enjoy his summer.

At one point, Krause told Jackson that even if the team went 82-0 in 1997-98, he would still not be the head coach the following season. That is mindblowing. Jackson is the greatest head coach in NBA history.

I don’t understand how you can win multiple championships, have the best player to ever play the game and one of the best teams ever, only to let it all go. It makes no sense. Jordan said that if Jackson wasn’t returning, neither was he.

One of the funniest moments came when former President Barack Obama was talking. His superimposed title at the bottom of the screen was “former Chicago resident.”

The second episode focused more on Pippen. Krause hadn’t yet ruled out trading Pippen after the 1997 NBA Finals.

During the Bulls championship run, Pippen was ranked second on the Bulls in scoring, second in rebounds, second in minutes played, first in assists, first in steals, sixth in the Bulls salary and 122nd in NBA salary.

“He helped me so much in the way that I approach the game, the way I play. Whenever they speak Michael Jordan, they should speak to Scottie Pippen,” Jordan said.

Jordan considers Pippen to be his best teammate of all time. Even the greats can’t win championships on their own; they need that second person they can rely on. That was the case for Jordan and Pippen.

Pippen got surgery on his ankle in October 1997, a move Jordan didn’t agree with. This makes sense because he was the second best player and Jordan knew he couldn’t win on his own. The whole team had to help. The Bulls started that season 4-4.

It’s so fascinating to see the behind-the-scenes footage and what was going on during the Bulls’ 90s dynasty.

The first two episodes were amazing, with the sense that it’s only going to get better each episode.