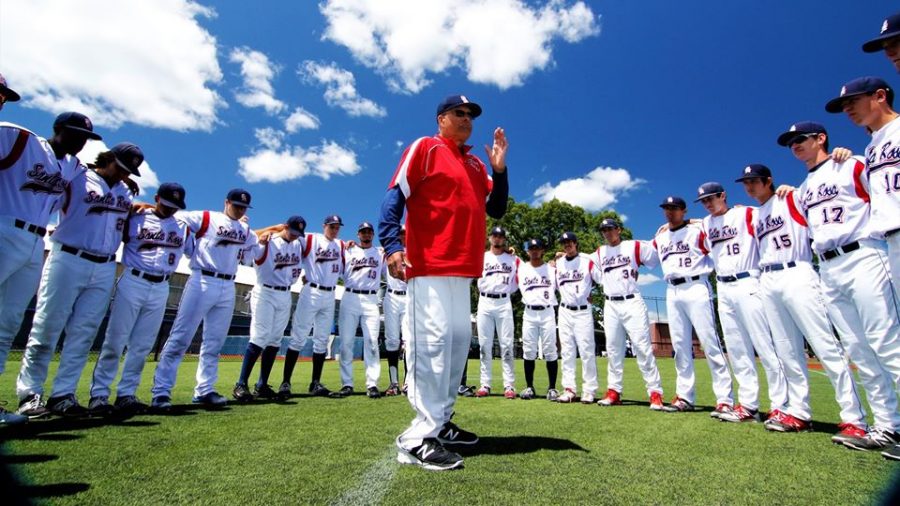 SRJC baseball players and coaches feel the pressure of an altered recruiting cycle thanks to COVID-19's cancelling the 2020 spring season.

Spring athletes look forward to this time of year; they have been training for months and their moment to play has finally arrived, or at least it was until COVID-19 brought that dream to a sudden halt.

“It’s heartbreaking to work hard all fall and spring to put in all those hours just for it to be cut short,” said Santa Rosa Junior College baseball pitcher Noath Rennard. “I know it’s necessary with the current situation and everybody has been affected, but I almost can’t help but feel frustrated and upset that I can’t go out to compete with my team.”

Most student-athletes enroll at a community college hoping to be recruited by a Division I college. And, if they are good enough, they will get recruited to continue their athletic journey at the highest level in college sports, often with scholarships.

But with the coronavirus cancelling their season — taking away time for scouts to observe players and for players to weigh their offers before deciding — student-athletes are unsure about their athletic futures in a new, unsettling way.

Players who were supposed to transfer this coming fall will have a chance to come back to SRJC to play if they don’t want to continue on yet. Bear Cubs Head Baseball Coach Damon Neidlinger said, “We will have four of eight [players who were going to transfer] coming back.”

Rennard is one of the Bear Cubs’ starting pitchers; luckily, the lost season hasn’t affected his recruitment chances.

“I had, fortunately, been able to verbally commit to Michigan in the fall. For me at least, I can feel a little more comfort in the fact that I have a place to go,” Rennard said.

But the situation is dynamic; it could, technically, change based on how the NCAA continues to handle the situation.

“We could see roster sizes expand and with scholarships always being an issue, who knows if money is going to be taken away from freshman or junior college transfers like me,” Rennard said.

Plus, Rennard has only given a verbal commitment to Michigan. He hasn’t signed a National Letter of Intent, a contract between a student-athlete and the institution they choose to play for. An NLI binds them to one another. Theoretically, Michigan recruiters could decide that they don’t want Rennard anymore; they aren’t committed to keeping him without an NLI.

“I have good faith in the coaching staff and the university will stick to their word at the end of the day. I am not too concerned about losing my scholarship,” he said.

Unlike Rennard, some of his teammates might find it harder to secure scholarships to a Division I or Division II school now. One player now has less opportunities at DI, and a second player has lost opportunities at the DII level.

“When a team is really successful, college coaches start to pay attention and, by the end of the season, we have so many guys getting recruited by great schools and quality programs,” Neidlinger said. “I would not have been surprised to see four or five sophomores getting into DI or big DII schools.”

Some players are still being recruited during the pandemic, with some committing to Arizona State, Cal State Fullerton and Bethel University in Tennessee. Another JC player is expected to sign to a DI school in the next week.

Rennard said his teammates “Logan Douglas and Hayden Klemonk really were doing great things and if the season had gone according to plan, they would have no trouble finding a scholarship.” Douglas has gotten a few DI offers but is still waiting to see if any others come his way. He doesn’t know where he’ll attend this fall.