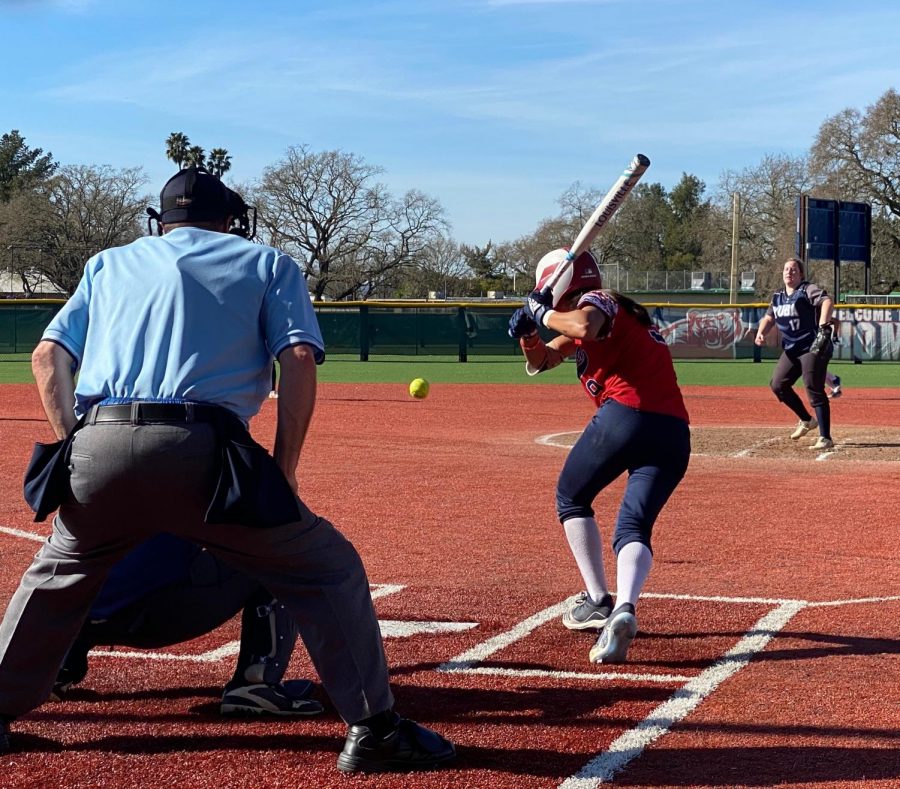 Bear Cubs left-handed slapper Anna Zoia-Buescher hits the ball to left field for a base hit in a 17-0 home victory Feb. 25 at Santa Rosa Junior College.

Marv Mayes Softball Field was hot, but the Santa Rosa Junior College Bear Cubs’ bats were on fire Tuesday in a 17-0 home victory against Yuba College.

The Bear Cubs played the second game of a doubleheader, winning their first game of the day 15-0.

The hot bats continued to roll in the second game. At the end of the second inning, the score was 8-0.

The team dominated because everyone did their job.

“Everybody executed defensively, pitchers were able to either throw strikes or get them to put the ball in play,” said Lacey Campbell, head coach of the SRJC women’s softball team. “Offensively, we’ve been talking about solid contact and line drives.”

It’s still early in the season, but there are improvements that need to be made.

“We don’t have a lot of people in different positions. People are going to have to kind of fight through mistakes and learn how to be effective when they are not feeling great or whatever it is,” Campbell said. “Our conference is so tough, it’s just going to be pure execution, I think we can do it, we just have to get there.”

The Bear Cubs have a long way to go but Campbell believes in her team.

SRJC women’s softball next plays the Delta College Mustangs in a doubleheader at noon and 4 p.m. Feb. 29 at San Joaquin Delta College.