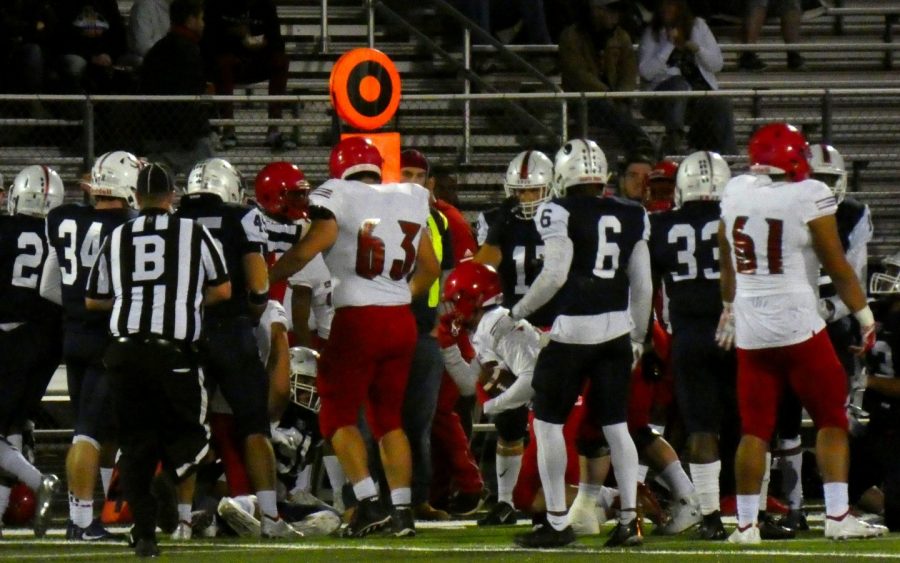 San Francisco scored on a kick just six seconds after the second quarter kickoff to make the score 7-3. The Rams scored on another kick to cut the deficit to 7-6 about six minutes later.

The Rams scored a touchdown to take a 13-7 lead over the 1-8 Bear Cubs with just two minutes left in the quarter. A few late second quarter runs by Rams’ quarterback Will Heckman hyped up both his team and the crowd, and with four seconds left in the half, wide receiver William Hutcheson caught a long pass from Heckman to take a 14-13 lead.

Nguyen scored a field-goal with nine minutes left in the third quarter making it 17-13 Bear Cubs. San Francisco couldn’t be stopped as they scored two touchdowns in 1 minute 56 seconds to take a 27-17 lead.

Just before the end of the third quarter, SRJC offensive lineman Resheed Wallace labored off the field with an apparent injury.

Yet only 38 seconds into the fourth quarter, SRJC scored a touchdown to make the game close at 27-24. Four minutes later, San Francisco scored the last points of the game to widen their lead to 30-24.Bear Cubs lost their final home game of this year, and their last game of the 2010s.

“I think it was pretty even [referring to penalties and flags given to both teams],” Assistant Coach Todd Little said.  “It’s never fun to watch when it gets ugly like that, but I didn’t have a problem with it. I don’t think that we got taken or they got taken, I thought it was pretty fair. It was the special teams that hurt us.”