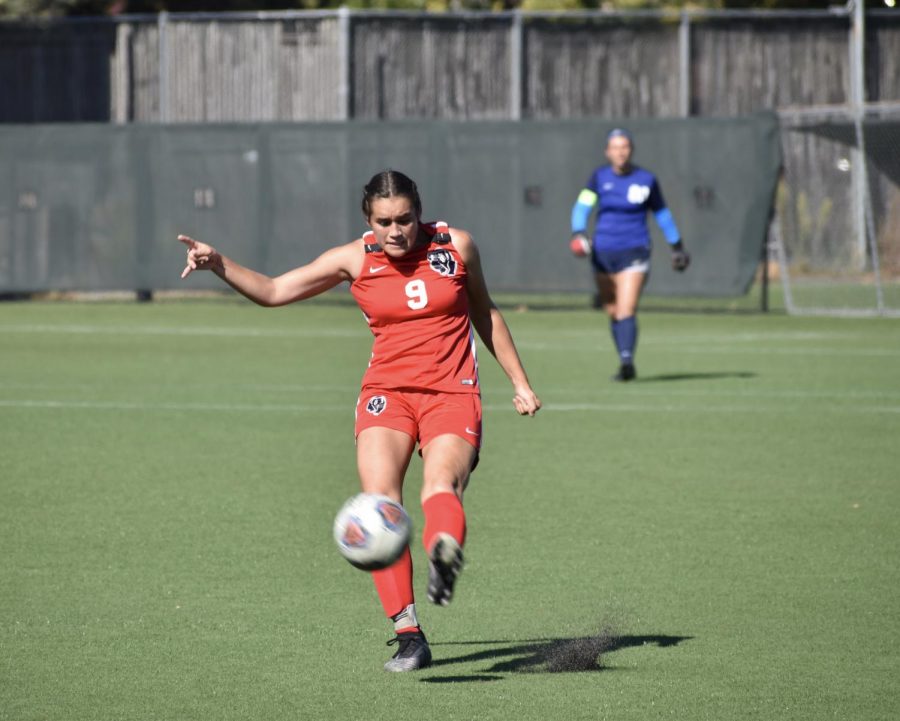 The team struggled both on offense and defense; the defense allowed 14 shots on goal in the first half. The offense only had one shot on goal. Going into halftime the score was 2-0 Folsom Lake.

SRJC Head Coach Crystal Chaidez said she discussed with the team improvements for the second half.

In the second half, the Bear Cubs defense allowed six shots on goal, while the offense only had one.

Although the Bear Cubs lost, Chaidez saw positives throughout the game including leadership from captain Gizela Carranza and vocal encouragement from goalkeeper Morgan Jernigan.

“Gizela is injured [with a pulled groin], but she didn’t stop. She leads by example,” Chaidez said.

Even though the Bear Cubs began the second half down 2-0, they continued to fight to score. Chaidez was pleased with how the team kept persisting and chasing the game.

Their next matchup is against San Joaquin Delta College, and Chaidez knows one improvement that needs to be made is the team’s mentality.

“It has been our Achilles’ heel, not so much being focused,” Chaidez said.