Bear Cubs emerge victorious after a tight game against Clovis 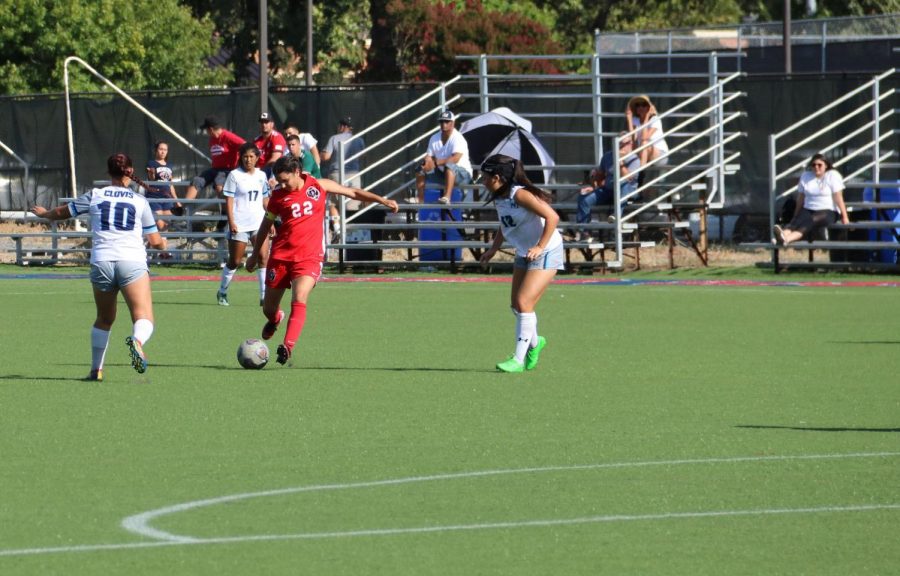 During the first half of the game, two Clovis players were injured and the Bear Cubs’s midfielder Ryan Hernandez received a yellow card within the first 19 minutes.

Clovis began the game with several corner kicks on offense.

Santa Rosa and Clovis both exhibited spectacular defense the game was scoreless at halftime.

As the second half began, the Bear Cubs came in hot. Santa Rosa captain Gizela Carranza scored the first goal of the game at the 47-minute mark with an assist by defender Ana Hernandez.

“At halftime we really talked about simplicity and just bringing energy to the game, instead of overcomplicating things. We changed our tactics and mentality in the second half,” said Santa Rosa head coach Crystal Chaidez.

Clovis scored at the 69-minute mark and tried to make a comeback, but the Bear Cub’s goalkeeper Morgan Jernigan made it difficult for Clovis, with four saves.

“We are always looking forward to improving ourselves, in every game, always. We try to improve ourselves a little bit each game, and this will help us out in the long run,” Carranza said.

The Bear Cubs walked away with a 2-1 victory.

“As for next game, our mental preparation is one of our goals, we want to achieve in preseason. Making sure we are hydrated, rested, and have that mentality going into the next game. We are competitive, and just keeping that consistent throughout the game,” Chaidez said.