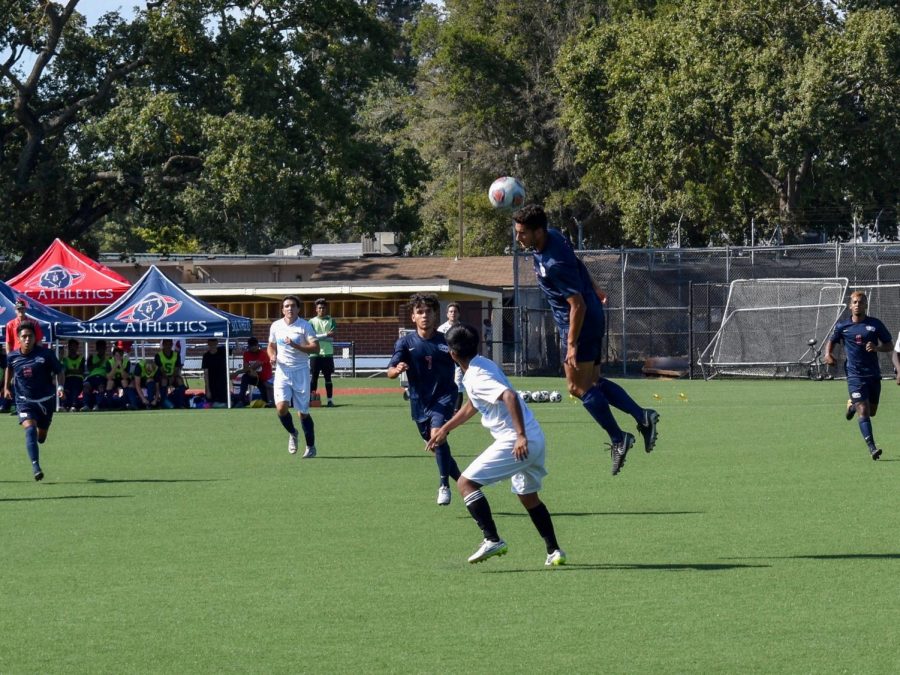 SRJC defenseman Matias Gomez goes up for a header in the first half of Wednesday’s home opener versus Contra Costa. The Bear Cubs trounced their opponent 12-0.

The SRJC Bear Cubs Men’s soccer team kicked off their season with a dominant 12-0 win against Contra Costa Wednesday afternoon.

The Bear Cubs jumped out to a 1-0 lead in the first minute.

Head Coach Marty Kinahan said he was most pleased with the “fast start they had and how aggressive they played.” By the 28 minute mark the lead was 5-0. In the first half, eight different players scored. At halftime the score was 8-0.

“It wasn’t really their defense, it was just execution on our part. Doing our own thing,” he said. “The way we moved the ball around, letting everybody have a touch on the ball and also staying composed, and never fell into their game.”

Roman was a standout player for the Bear Cubs. He scored back-to-back goals in the second half to put the game fully out of reach.

Coach Kinahan was impressed with his team’s play.

“The guys played a little unselfish which is nice, but we also need guys to be selfish as well,” Kinahan said. “A lot of guys were involved as well.”

The Bear Cubs next home game is at 4 p.m Sept. 6 against Canada.