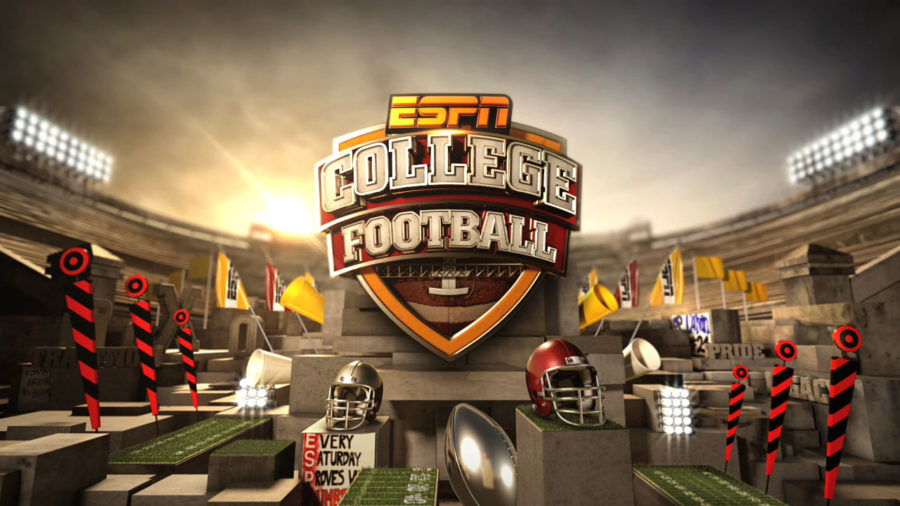 Ian: “I reaaaaaally wanted to throw Ohio State into the CFP after their dominant performance against Michigan Saturday. However, the loss to Purdue still looms large on their resume. Georgia is going to have to beat Alabama in the SEC championship somehow in order to maintain their top four spot. Right now, Oklahoma is the most likely candidate to play Alabama in the semifinal. I’ve been impressed with the resilience of both Florida and Texas this season, and they both maintain a top 10 spot in my rankings this week.”

Attila LS Gero: “At this point, the No. 4 spot is wide open. Oklahoma, Georgia and Ohio State are all jockeying for that last spot. Coincidentally, those three teams also play in conference championships this weekend. A loss for Georgia should put them out of CFP contention, unfortunately I could see a scenario where they lose and remain at four. Oklahoma has a rematch with Texas in the Big 12 Championship, they face the only the team they’ve lost to so far. Ohio State have a guaranteed spot at four if they win and the other teams lose.

Isaiah: “After this week’s throttling of Michigan, Ohio State has absolutely made a case for themselves as a CFP candidate. Unfortunately, we don’t vote so nothing we say really matters but hey, why not say it?  It’s good to see Florida and Texas stay somewhat consistent as well and stay in the top 10 for me. Oregon still stays inside the top 25 as well because I think many of the bottom 10 teams aren’t as good as advertised.” 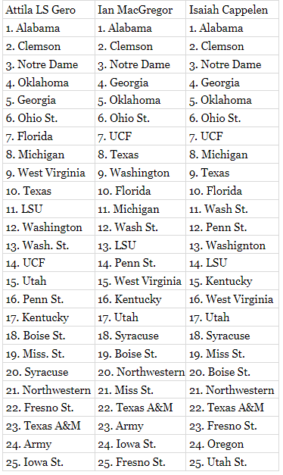