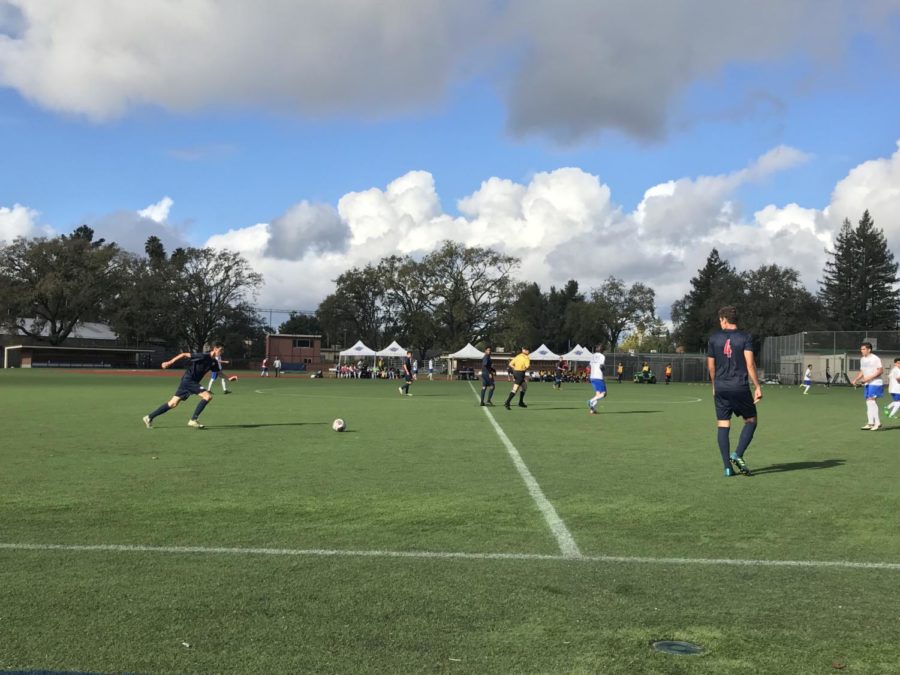 The Bear Cubs have started slow at times this season, but not against the Rams.

At the 10 minute mark Kevin Rojas used a header to give Santa Rosa a 1-0 lead.

“I think that our 4-4-2 matched up well with theirs,” said coach Marty Kinahan.

In the second half, Santa Rosa played even better.

Just outside of the goalies box, the SRJC earned a free kick. Derek Neidlinger fired a ball into the net for a 2-0 lead.

With just 6 minutes left, Santa Rosa converted on a free kick to make the final score 3-0.

“I thought that Javy Aguilar had a really good second half,” added Kinahan.

Up Next: Santa Rosa plays against Napa College at 4 p.m. Sept. 18 in Napa.