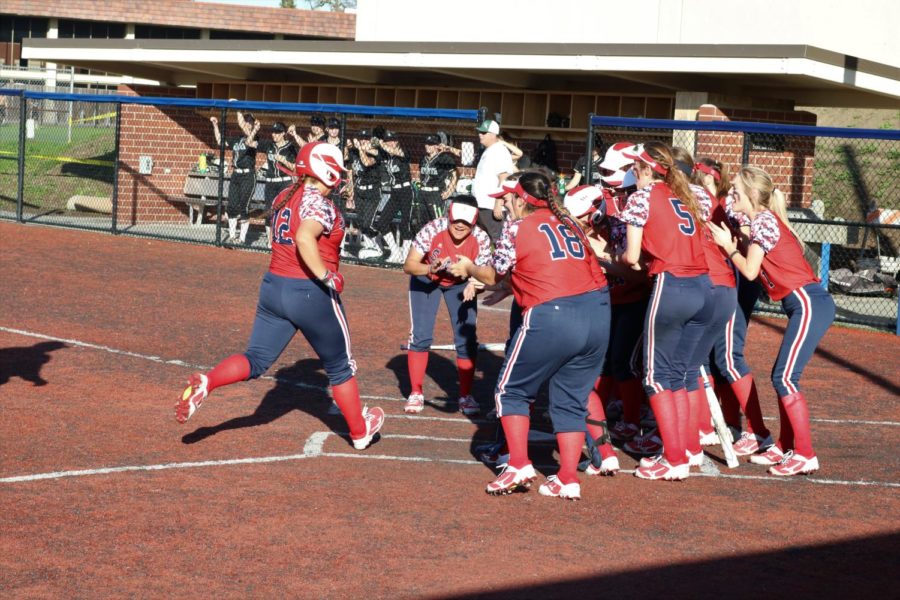 Alexis Gumanday's team congratulates her at home plate after hitting a home run during their win Feb. 3.

Second year Lexie Raasch, a Southern Oregon transfer, was the starting pitcher and finished with a complete game. Raasch threw five shutout innings, seven strikeouts and only allowed four hits and one run.

“I was a little nervous,” Raasch said after her first career start for SRJC.

Head coach Phil Wright said,“ We have young talent that works hard and hustles. This team really bonds well and has picked up the mental side of the game.”

Bethany Devault said, “We will practice, get better and go far this season.”

The Bear Cubs’ offense continued pouring it on with the final score was 7-1.