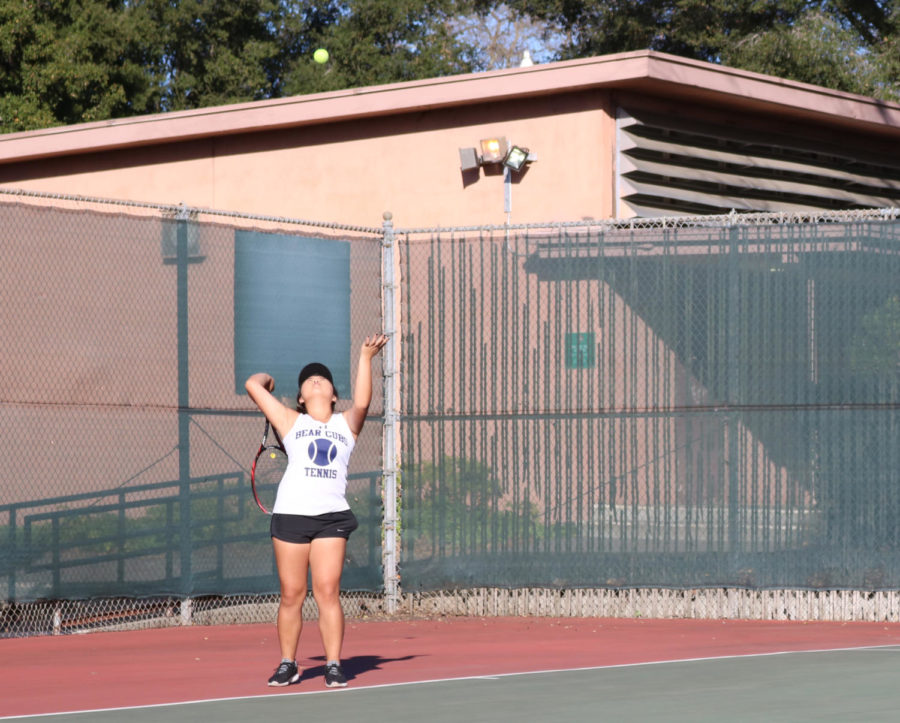 Second-year Thu Dang serves during her 6-0/6-0 win on against Foothill College Tues.

The Santa Rosa Junior College Women’s tennis team continued their hot start to the season Tuesday with a 6-1 home-game win against Foothill College.

O’Keefe and Yang were teammates at Casa Grande High School, which they said helps them work as a team. “We’ve known each other for about six years now,” O’Keefe said. “I think it really helps having someone that you know so well as a partner.”

The Bear Cubs continued their excellent play into the singles matches. They dropped only one of five matches, winning the other four without losing a single set.

The Women’s team has only lost four of their 17 singles matches on the season so far.

The Bear Cubs main focus in practice this week was serving and returning, according to head coach Connor Van Alstyne. He was impressed with his team’s doubles performance.

“I saw a lot of good movement and communication, lots of switches and covers,” said Van Alstyne. “Great returning too.”

Van Alstyne enjoys seeing his team bond together in the early going. “Our support for one another is going to be a huge staple of our success this season,” he said.

The Bear Cubs will look to continue their perfect start to the season at 1 p.m. Feb. 13, when they travel to Cosumnes River College.