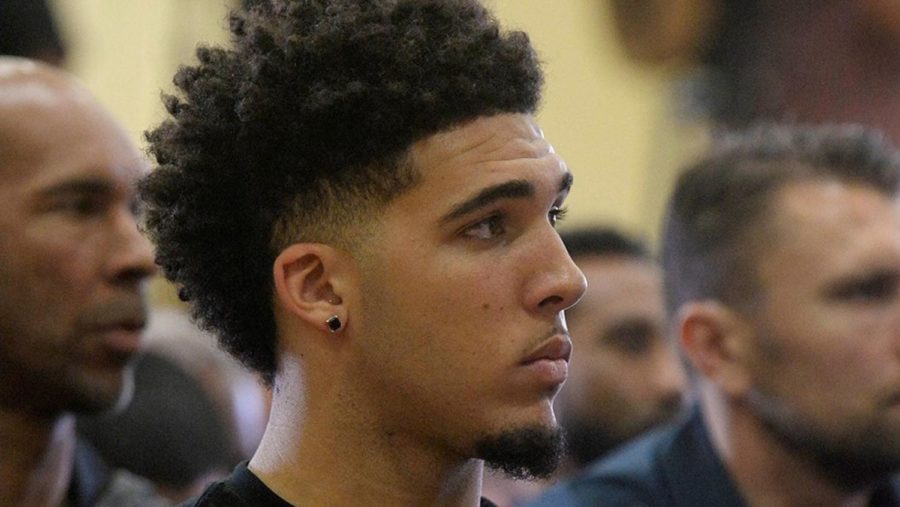 Liangelo Ball was arrested after allegedly stealing from a Louis Vuitton store in Hangzhou, China.

Bad break for the Ball family as the middle son, LiAngelo Ball, and two other UCLA basketball players were caught shoplifting inside a Luis Vuitton store in Hangzhou, China before a Nov. 7th exhibition game. Hangszhou police caught Ball, Cody Riley and Jalen Hill who were released on bail.

This is just another poor showing on the growing list of the negative stat sheet for the Ball family. The Big Baller Brand is attempting to become a valuable brand in the sports world. The brand is built around a trio of kids who have been spoiled from a young age, like when the youngest son Lamelo received a Lamborghini for his 16th birthday.  Sweet sixteen alert! If he wanted something out of the store, he should have bought it. But big ballers don’t pay for what’s not theirs, they take it without asking. Ball out.

UCLA head coach Steve Alford did not let the three play in the season opener against Georgia Tech on Nov. 10 in Shanghai.

According to Yahoo Sports, the players could face three to ten years in prison.

Now, what was the reasoning behind this? PR stunt? Accident? Who knows. Likely, LiAngelo felt left out of the media spotlight while his older brother, Lonzo made his debut for the Los Angeles Lakers.

LiAngelo might have thought if he was in the media, people would remember his name. To be honest, I forgot about the middle brother, so maybe this stunt worked. As of now, I’m already trying to forget about him again.