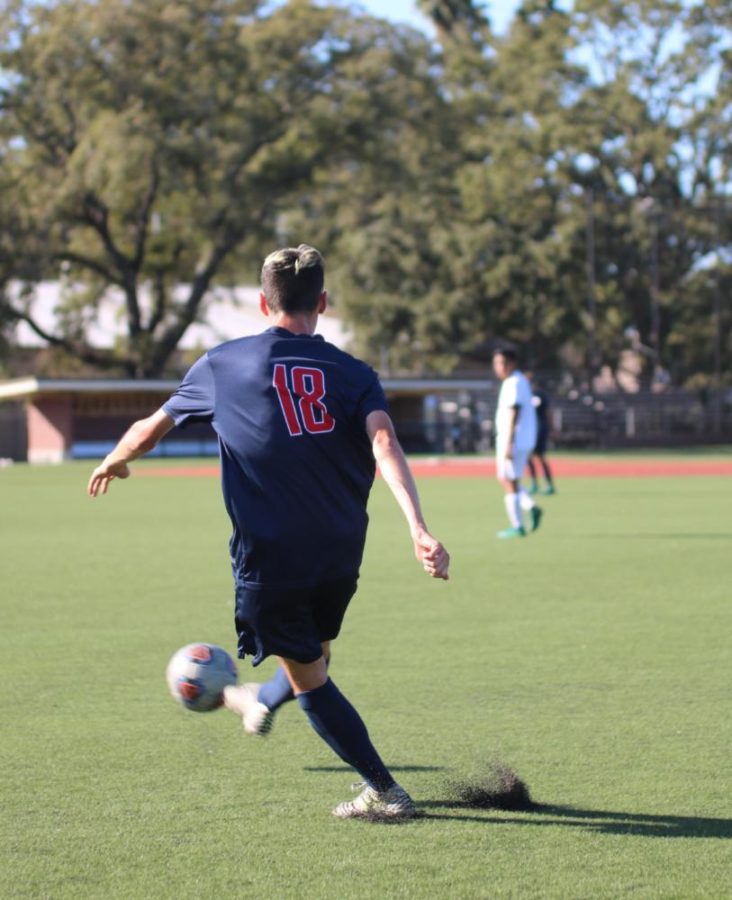 Santa Rosa Junior College freshman defender Logan Zimmer stops at midfield and kicks the ball to an open teammate in the Bear Cubs 1-0 win against Folsom Lake on Oct. 3 in Santa Rosa. Zimmer scored the teams lone goal off a direct free kick.

Four games into their conference season, the Santa Rosa Junior College Bear Cubs gained their first win with a clutch goal late in the 1-0 victory over Folsom Lake College on Oct. 3 at Cooks Cypher Field in Santa Rosa.

“It’s part of the plan. It was one of the games where we need to get back in the conference and we needed to win,” said assistant coach Matt Barbet. “If we can close out the conference, we get an automatic playoff spot.”

Both teams came out and played strong defense, the game remained scoreless at halftime.

It wasn’t until the 80th minute when freshman defender Logan Zimmer took advantage of a foul by Folsom Lake [2-1-1], [7-2-2] and rifled the ball into the right side of the net off a 15 foot free kick.

Folsom Lake could not respond in the final minutes and the Bear Cubs [1-2-2], (4-5-3) escaped with their first conference win of the season.

Unfortunately, a minute before halftime sophomore Jesus Velasquez came down with an apparent leg injury. He left the game and did not return, but Barbet said it was just a tweak in his leg and he will be fine.