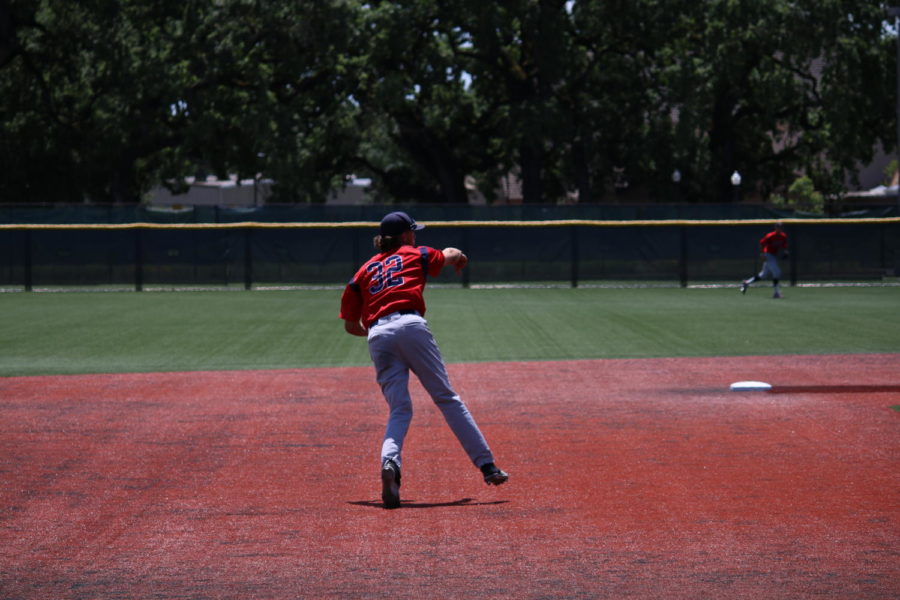 Ryder Kuhns homered, and Jared Noonan and Justin Bruihl combined to shut the Reedley College bats down to give Santa Rosa Junior College a 3-1 series clinching victory May 6 at Cook Sypher Field.

Noonan started his first game of the season and allowed one run on a bloop single in the fifth inning. Bruihl took over in the sixth and allowed one hit, one walk, hit one batter and struck out five in the final four frames.

Kuhns hit his fourteenth home run of the season and his third of the series in the bottom of the third to give SRJC a 1-0 lead.

With the bases loaded in the bottom of the sixth, Blake Berry drove in a run on an infield single to give the Bear Cubs a 2-1 lead.

Daniel Teasley gave SRJC an insurance run in the bottom of the eighth with a sacrifice fly to make the Bear Cubs lead 3-1.

The time, dates and opponent for SRJC’s next series of the California Community College Athletic Association playoffs are still to be determined.