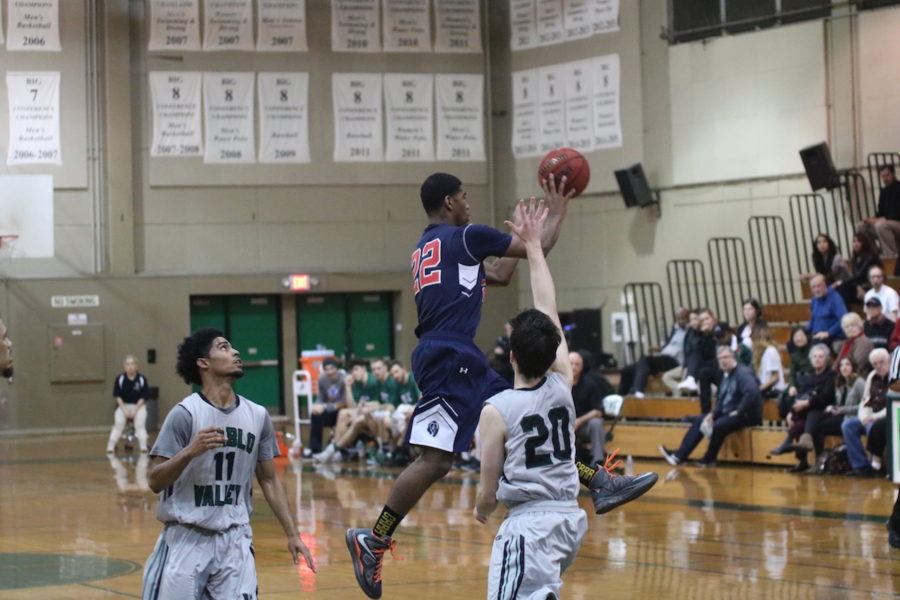 The Santa Rosa Junior College men’s basketball team has had quite the season, winning several recent key match-ups leading it to the top of the Big 8 Conference standings. However, two teams are biting at its heels: Diablo Valley College and San Joaquin Delta College. With first place still up for grabs, the Bear Cubs have to finish strong.

“Our main goal is to do the best job we can with the players we have, and generally we have players that are good enough to make winning the conference a realistic goal,” said head basketball coach Craig McMillan, in his 17th year with the team.

This year’s team consists of seven first-year players and five returners. However, there is no difference in experience when they’re on the court. Like a well-oiled machine, the team functions as one with unselfish ball movement and a strong defense.

It’s rare for Poulsen, a center, to rank as one of the top 3-point shooters in the Big 8. He is ranked top five for: points per game, rebounds per game, 3-point percentage, field goal percentage and blocks per game. He’s already caught the attention of Division 1 schools like University of Nevada, Reno.

Despite individual and team success, McMillan says the team must continue to improve their skills in order to win their first state championship since 2014.

“We need to work on our offensive execution a little bit,” McMillan said. “We’ve had some turnover issues, and we’re not always getting the best shots we can get. When we’re playing against zone or man we have to screen better, get our spacing better and just make better decisions.”

This is valuable advice for the young team, which has proven time and time again that they have what it takes to soar through the postseason.

The Bear Cubs have worked harder than most teams from the start of the preseason. Most teams try to have an easy preseason with just enough competition to be ready for the regular season. “We try to play a really tough preseason to challenge us and get us better and I don’t worry about losing some games,” McMillan said, “even if we risk not having as good of a record. I think it prepares us for conference and the playoffs.”