A fresh face on the courts 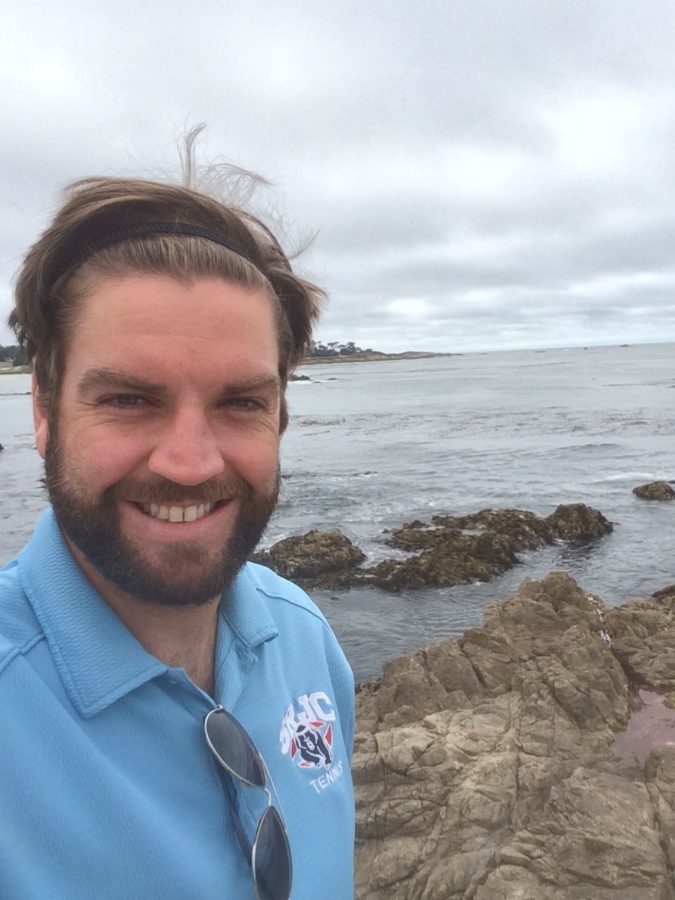 Connor Van Alstyne takes over for Jay Samonte as SRJC's tennis coach for the 2017 season.

Santa Rosa Junior College has earned a reputation for not only producing stellar athletes, but after those athletes achieve success at higher levels many of them return to help grow that legacy by coaching. Connor Van Alstyne, 28, is the newest person to join this group.

Starting in January 2017 Santa Rosa Junior College’s new head coach for the men’s and women’s tennis team is Van Alstyne. Van Alstyne takes over for Jay Samonte, who coached the teams for many years and coached Van Alstyne when he played for the Bear Cubs from 2008-10.

“He nominated me for the position,” Van Alstyne said. “As soon as he let me know about that I jumped to the idea of it.”

Van Alstyne grew up playing tennis, and besides playing at SRJC, he’s played in several junior tournaments and was an assistant coach for the Cardinal Newman High School tennis team in 2016.

“I’m very fond of the local tennis community and the people around here,” Van Alstyne said.

Van Alstyne loves the sportsmanship seen on the court. and believes these factors help mold players into being well-groomed professionals later in life.

For most of Samonte’s SRJC tenure, the tennis teams were top in the Big 8 conference and considered a powerhouse in California. But in recent years SRJC tennis teams have not been able to compete with the top teams in their conference.

“There was a lack of players, a lack of local talent and a lack of people coming out here and playing some competitive tennis for a great program,” Van Alstyne said.

Through recruiting and coaching, Van Alstyne wants to bring the tennis program at SRJC back to what it was years ago.

“My goal is to reach out to as many players as I can both locally, even regionally, and try to gather some of the top players so we can get this program back to where it should be,” Van Alstyne said.

Samonte will still have a heavy influence on the tennis program, as he’s been a mentor of Van Alstyne’s.

“I met Samonte at the JC and we’ve been great friends ever since,” Van Alstyne said. “I’m trying to get as much out of him as I can in order to seek guidance along the way. He and I have been in touch a lot lately, and I’m taking a lot of good ideas.”

Van Alstyne wants to dig into what made the program great with Samonte several years ago and revitalize success. He also wants to use his leadership ideas to make sure it’s not a completely different coaching style, while putting his own stamp on the program.

“I’m young, still in my 20’s, but basically want to follow his footsteps and try to repeat some of the great things he’s done around here, as well as formulate a different coaching style into it,” Van Alstyne said.

Van Alstyne has a tough road ahead of him as he currently has only one returning player, Christopher King from the men’s team. Also, he only has two full commits for the men’s team, including King, and only one full commit for the women’s team.

He will be strict when it comes to students’ performance in the classroom as well as the tennis court.

“I know that the primary focus for anyone coming to this school is academics and expect everyone to succeed in their classes and progress towards the next major step in their career,” Van Alstyne said.

With so few players, it is hard for Van Alstyne to have many expectations, but he has a few simple ones for any player who joins his team.

“Just to get out there and be competitive and have a good time,” Van Alstyne said. “The last goal would be to have them walk out of this program a better competitor and tennis player.”

Anyone who would like to join the team can contact Connor Van Alstyne at 707-478-6962 or at [email protected] Practice starts in early January.