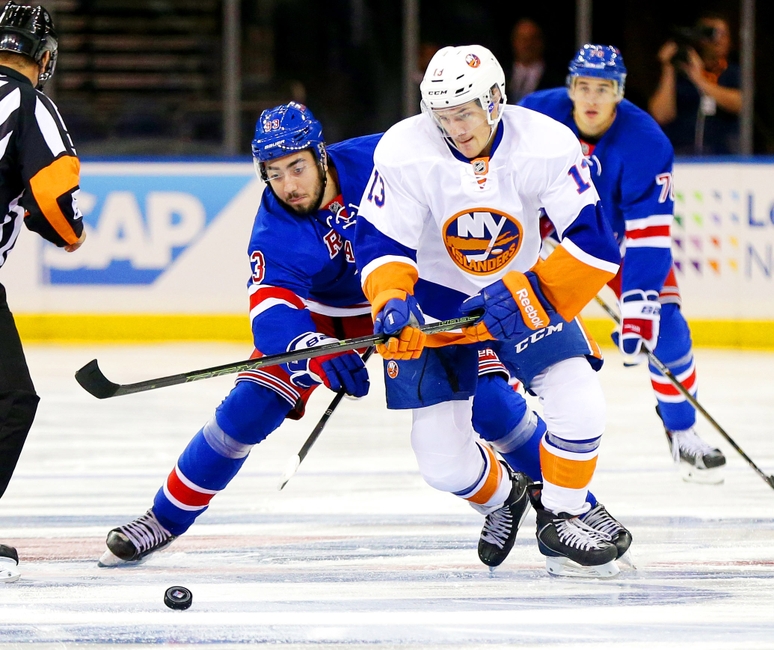 The first month of the NHL regular season has come and gone, meaning there’s finally enough games to start picking through the league’s best and worst. The 2016-17 campaign has gotten to a very interesting start, with plenty of surprises both good and bad. So I decided to go through the league standings and look at which teams have made the biggest forward and backward jumps to begin the year. Whether these teams will continue at this pace is anyone’s guess. But it’s sure to make for some fantastic hockey as everyone fights for their chance to compete for Lord Stanley’s Cup.

Edmonton Oilers
After nearly a decade of dismal hockey, Edmonton Oilers fans finally have a reason to start thinking about the present instead of the future. The season began with a fresh start for the Oilers when they cut the ribbon on their brand new downtown arena, Rogers Place, and named 19 year-old superstar Connor McDavid the youngest captain in NHL history. Edmonton has exploded out of the gate, earning a 9-6-1 record for 19 points and first place in the Pacific Division. While McDavid has definitely led by example with five goals and twelve assists, the Oilers’ success is due to the contributions of every line. Everyone, from top scorers like Jordan Eberle to depth players like Tyler Pitlick, have found their way onto the scoresheet in the Oilers’ first 16 games. Solid goaltending from Cam Talbot and Jonas Gustavsson seals the deal for a team that’s likely on its way to a playoff berth for the first time since 2006. Yes, I’m calling it now.

Montreal Canadiens
For the second straight season, the Montreal Canadiens have opened the season with a bang, which probably makes you wonder why they made this list. The answer is because of what happened after the Habs tremendous start in 2015-16. After an injury to superstar goalie Carey Price put him out of commission for the season last November, Montreal completely fell off the rails and missed the playoffs. But this season, the Canadiens own an amazing 13-2-1 record and an NHL leading 27 points. Price has returned to the crease injury-free, and remains undefeated through his first ten games. Habs GM Marc Bergevin’s key offseason additions, Shea Weber and Alexander Radulov, have both made huge impacts so far this year. This comes as quite the relief to Bergevin, who made the unpopular decision to trade fan favourite P.K. Subban to the Nashville Predators in exchange for Weber. While this wild pace is obviously unsustainable, there’s still reason to believe that Montreal could take the Atlantic Division title, should Price stay healthy and the club continue to hold down the fort in front of him.

New York Rangers
The New York Rangers have been one of the league’s best teams over the last half decade, but after bowing out to the eventual Stanley Cup champion Pittsburgh Penguins in the first round of the 2016 playoffs many people believed it marked the end of the team’s reign. But Rangers GM Jeff Gorton made a splash in the offseason in order to bring in some younger talent, landing college free agent Jimmy Vesey, while in separate trades adding defensemen Nick Holden from the Colorado Avalanche and forward Mika Zibanejad from the Ottawa Senators. All three of these new additions have played a huge role in the Blueshirts’ Metropolitan Division leading 12-4-0 record. With 10 players already above the 10 point mark, the Rangers offense can only be described as a juggernaut. Henrik Lundqvist has continued to be one of the league’s best netminders, while the defense has been solid in front of him. Much like the Canadiens, the Rangers won’t be able to keep up this pace for long. You shouldn’t expect them to win the division over teams like the Penguins and Washington Capitals, but they’re sure to make it quite the challenge.

New York Islanders
The Islanders have been a calamity both on and off the ice to start the season, a fact that’s magnified by the strides the team made last season when they won their first playoff series since 1993. The Isles own a dismal 5-8-3 record, landing them just 13 points and second last in the Metropolitan Division. The last couple weeks have been a PR nightmare for Islanders management, and it’s not just due to the team’s performance. The Isles’ home rink, the Barclays Center, is under investigation by the NHL due to the ice being below league standards and not using proper equipment to keep it frozen; meanwhile player agent Allan Walsh criticized the club’s strategy of keeping three goalies on the roster, two of which are clients Jaroslav Halak and Jean-Francois Berube. While many people are calling for the Islanders to fire head coach Jack Capuano, it’s clear that the team has simply underachieved thus far. The Islanders are full of talented scorers like John Tavares and Brock Nelson, while Nick Leddy and Johnny Boychuk anchor a great shutdown defensive unit. The Islanders are sure to bounce back from this rocky start, but fans are just hoping that they get back to winning before it’s too late.

Florida Panthers
The season began with a lot of promise for the defending Atlantic Division champion Florida Panthers after taking nine points out of a possible ten in the club’s first five games. But the Cats have fallen on hard times ever since, losing six of the next ten games for a middling record of 7-7-1. The Panthers had made changes in the offseason to add youth and speed to the lineup, but the new additions’ inexperience seems to be the main hurdle going forward. Key contributions from youngsters like Jonathan Marchessault, Vincent Trocheck and and Aleksander Barkov has carried the club so far, and veterans like Jaromir Jagr and Aaron Ekblad are going need to step up and fill the net as well. Roberto Luongo has been a rock in the Panthers net, but the defense in front of him hasn’t been providing enough help each night.

Nashville Predators
Before the season many experts (like the EA Sports Simulator) predicted that this would be the year the Nashville Predators finally challenge for, or even win, the Stanley Cup. But the Predators have started the year as one of the NHL’s coldest teams, winning just three of their first eleven games. The Preds seem to have found their footing as of late by winning their last three games, but there’s still a lot of ground to make up. Filip Forsberg leads Nashville in scoring with just eleven points, while James Neal is the only other Predator past the ten point threshold. Goaltender Pekka Rinne has been fantastic despite the growing loss totals, while the blockbuster addition of defensemen P.K. Subban has paid off so far with Subban’s eight points. It’s going to be tough for the Predators to dig themselves out of the hole they’re in, especially considering they’re currently fifth in the powerful Central Division. But like the other two teams on this list, there’s still plenty of time to set things right if they play the game they’re meant to.