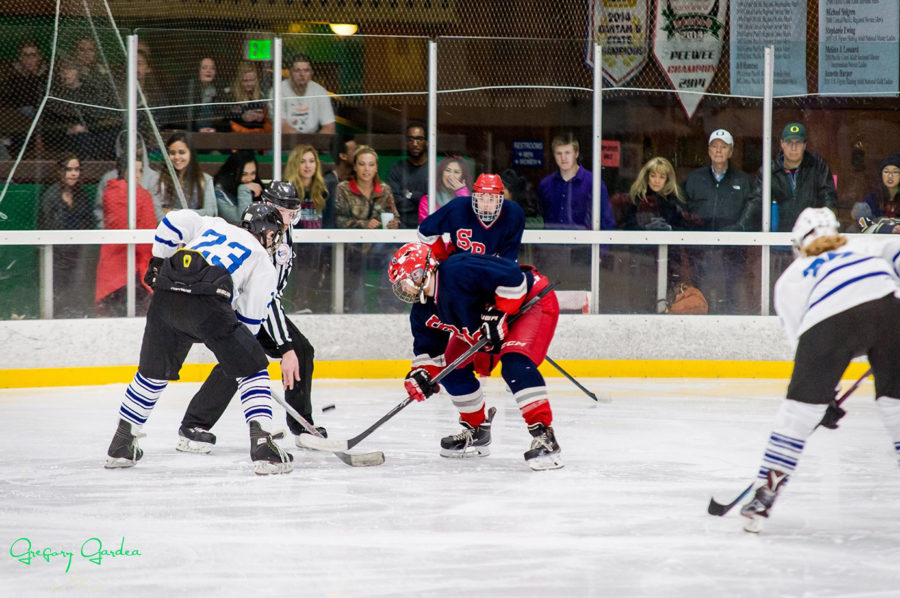 After its recent five year tenure as an American Collegiate Hockey Association Division III team, the Polar Bears move into Division II this year. The team becomes the first known two-year university in the entire country to make the level change.

While SRJC is no stranger to competing at the higher level, the title is a huge step forward for the program.

“Our program’s move to Division II allows for tremendous growth potential in all facets of our organization,” said general manager Tom Billeter, who petitioned the ACHA for the division change. “Competition, recruiting, travel and the on-ice product that SRJC offers will all accelerate. These are very exciting times for SRJC players, coaches and fans.”

These exciting new times come after a relatively successfully last season. SRJC ended 2015-16 with its fourth-straight Pacific Collegiate Hockey Association title over UC Davis. However, the team missed the overall ACHA playoffs despite a 16-8-1 record.

This season SRJC faces much stiffer ACHA competition that will directly affect its postseason chances.

“It’s hard not to put Boise State Univeristy on the top that list,” said captain and veteran forward Josiah Nikkel. “The local teams we play are right behind them— San Jose State Univeristy, Santa Clara University, UC Davis. We want to be the best in this area.”

For that to happen, SRJC needs to get through its PCHA opponents. Thanks to a huge expansion that brought in five new teams, the PCHA is a stronger, more competitive league .

Should SRJC place in the league’s top four, it’ll get a chance at hoisting the Adams Cup for an unprecedented fifth straight season in the PCHA playoff tournament in February 2017.

SRJC opens its season Oct. 7 in a matchup against UC Santa Barbara; the first game of a three day Southern California road trip. The trip features two games against UCSB and a third versus Long Beach State University.

“We’re looking forward to starting out the first road trip strong and coming out with a 3-0 start,” said sophomore forward Evan Hastings. “That’ll give us a confidence boost going forward and show the league we are a force to be reckoned with.”

This season, the Polar Bears spend a lot of time on the road, traveling throughout California and to two other states. SRJC heads to Eugene, Oregon for a two game set against the University of Oregon Dec. 2-3, followed by a meeting with Boise State for two games the following weekend.

These long road trips might take a toll, but players agree the key is keeping healty throughout the season.

“We really need to stay hydrated and rested during the week; take care of ourselves,” said rookie defensemen Shawn Pabros.

Hometown fans get their first chance at cheering on SRJC Oct. 22, when the Polar Bears host longtime rival San Jose State in the home opener. Their game times switch to 9:15 p.m. at Snoopy’s Home Ice in Santa Rosa.

Despite the differences this year, the team’s overall goals remain unchanged.

“We have the same goal: to go to nationals,” Hastings said. “We want to make a name for ourselves with it being our first year as a DII team. We won’t settle for anything less.”