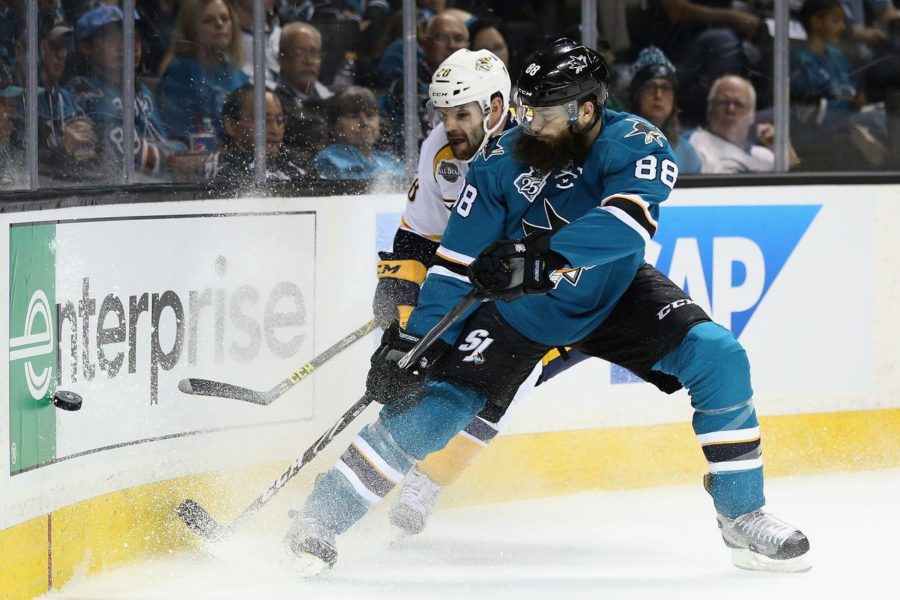 The Nashville Predators were in “must-win” mode May 3, and they sure played that way.

The Predators scored four unanswered goals en route to a 4-1 victory over the San Jose Sharks in game three of their second round playoff series. The win cuts the Sharks’ series lead down to 2-1 in the best-of-seven.

The Sharks opened the scoring midway through the first period when a miscue from the Predators defense lead to a breakaway for Sharks’ forward Patrick Marleau. Predators’ goalie Pekka Rinne attempted to beat Marleau to the puck, but Marleau deked past him and scored on the empty net for the 1-0 lead. Sharks’ forward Tomas Hertl and defenseman Marc-Edouard Vlasic got the assists on Marleau’s goal.

The Predators would take the lead midway through the second, when separate penalties to each team led to a 4-on-4 rush for Nashville. Predators captain Shea Weber was left open by the blue line and ripped the puck past Jones’ glove at 14:44 of the period.

The third period saw Nashville take control of the game, peppering Jones with 12 shots compared to the nine Sharks shots thrown at Rinne. At the 6:55 mark, Predators’ forward Mike Fisher set up a passing play with defenseman Ryan Ellis, whose shot rebounded right to left winger Colin Wilson. Wilson made no mistake, burying the loose puck into the corner of the net for a Predators two goal lead.

The Predators sealed the game when left winger Filip Forsberg fired a seeing eye shot through Sharks’ defenseman Roman Polak and a screened Jones for the 4-1 finish. The Sharks outshot the Predators 27-25, but Rinne stood on his head, making 26 saves in the victory. Jones made 21 saves in the loss.

Game four is set at 6 p.m. May 5 at the Bridgestone Arena in Nashville.