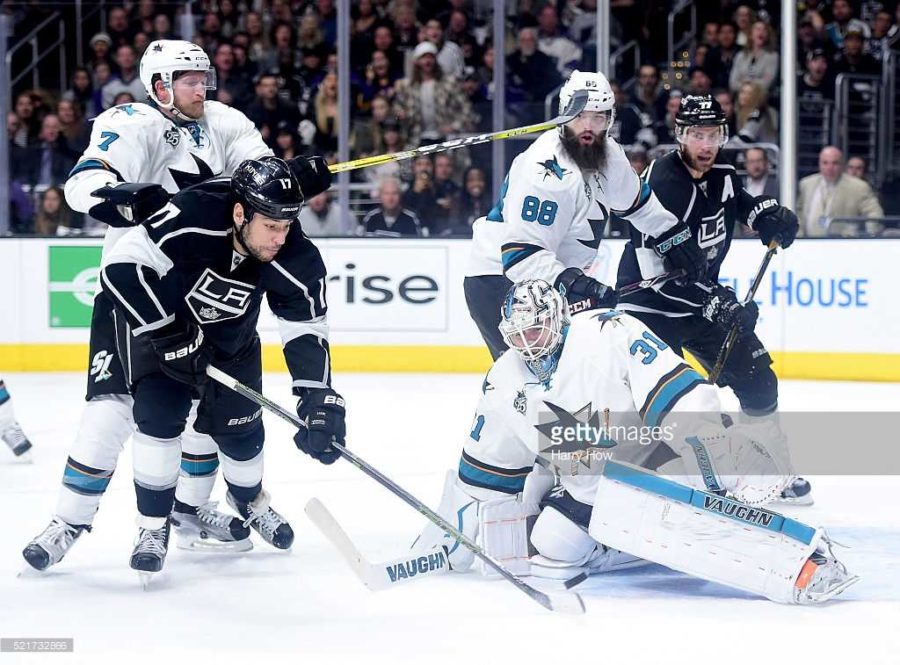 San Jose Sharks’ goaltender Martin Jones stole the show in game two of their Western Conference Quarterfinal playoff series against the Los Angeles Kings April 16. Jones had 25 saves on 26 shots in the 2-1 win. The Sharks now lead the best-of-seven series 2-0.

The Sharks opened the scoring early in game two when captain Joe Pavelski pounced on a broken pass from Sharks’ defenseman Brent Burns, fired it through Kings’ defenseman Drew Doughty and past goaltender Jonathan Quick at 03:37 of the first period. Burns and center Joe Thornton picked up assists on the goal.

In the second period, the Kings let their frustration get the best of them. Kings’ forward Tyler Toffoli and left winger Milan Lucic received trips to the penalty box on the same shift. Great passing from Pavelski and forward Patrick Marleau allowed Sharks’ center Logan Couture to capitalize on their two-man advantage with an easy tap-in goal.

Jones kept the Kings off the scoresheet through the first two periods. He stopped all 14 shots thrown at him.

Los Angeles had plenty of chances to score. Including when Marian Gaborik, who didn’t play in game one due to an injury, missed a breakaway attempt.

Both teams continued to show their hatred for each other through the hit totals. The clubs combined for 87 hits in game two alone.

The Kings finally solved Jones at 14:59 in the third period. A major scramble in front of the Sharks net led to Kings’ center Vinny Lecavalier snapping the loose puck home for a goal. The Kings failed to tie the game and lost another nail biter.

The series shifts back to the SAP Center in San Jose for games three and four. The two teams square off again in game three at 7:30 p.m. April 18.