In The Crease: NHL Playoff Preview 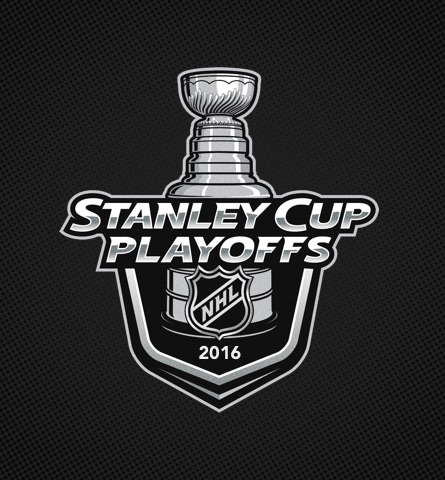 The 2015-16 NHL season has come and gone, with the Stanley Cup Playoffs looming for 16 clubs. It’s been quite the wild ride to get to the big dance. Here are some of the biggest stories heading into the playoffs.

The Washington Capitals practically waltzed to the top of the NHL standings this year, thanks to NHL’s best goaltender Braden Holtby, the outstanding play of superstar Alex Ovechkin and the Caps leading scorer Evgeny Kuznetsov. Holtby tied a league record for most wins by a goalie in a single season with 47, a mark set by future Hall of Famer Martin Brodeur in the 2006-07 season. The Capitals head into the playoffs as the league’s best team, but have been known for their numerous disappointments in the playoffs. Last year the team bowed out in the second round to the New York Rangers. Ovechkin and his Washington crew head into their first series this year against the Philadelphia Flyers, looking to shed their underachiever tag.

The defending Stanley Cup champion Chicago Blackhawks enter the playoffs in the Central Division’s third spot, where they’ll face the St. Louis Blues. The Hawks made the Western Conference Finals or better in three-straight seasons, and there’s no reason to believe they can’t do it again. Chicago forward Patrick Kane won the Art Ross Trophy this year as the league’s top point-getter with 106 points, and rookie Artemi Panarin had a Calder Trophy worthy year by adding 77 points of his own. While the Blackhawks have won three Stanley Cups in the last six years, the team aims to win back-to-back Cups for the first time in their 89-season history.

Much like the San Francisco Giants in baseball, the Los Angeles Kings have owned hockey’s holy grail in recent even-numbered years. The Kings have taken the Cup in both 2012 and 2014, and after missing the playoffs entirely in 2015, would love nothing more than to do it again this year. Most of the 2014 core still remains; players like forward Anze Kopitar, defenseman Drew Doughty and goalie Jonathan Quick anchor a supporting cast that includes Dustin Brown, Jeff Carter, Marian Gaborik, and newcomers Milan Lucic and Vinny Lecavalier. This Kings team has all the pieces to win, but going through the powerful Western Conference will be no easy task.

These six teams enter the playoffs looking for their respective franchises’ first ever Stanley Cup. The St. Louis Blues have the biggest itch to scratch, having joined the league in “The Great Expansion” of 1967. Next year will be the Blues’ 50th anniversary and they’d love to celebrate by raising a championship banner to the rafters of the Scottrade Center in October. Also searching for their first sip from Lord Stanley’s Cup are the Washington Capitals, San Jose Sharks, Florida Panthers, Nashville Predators and Minnesota Wild.

This year’s first round features a plethora of rivalry matchups and one of the best will take place in our own backyard. The San Jose Sharks, after missing the playoffs last year, are back and primed to win. The Sharks face one of their California rivals, either the Anaheim Ducks or the Los Angeles Kings, in the first round. Like the Capitals, the Sharks are also trying to erase years of playoff disappointment. If this season ends the way all the others have, there could be some major changes in store for the team. If the Sharks are going to have a breakthrough, it’ll take some great play from veterans like Joe Thornton and Patrick Marleau, and the younger core of Logan Couture, Tomas Hertl and Joonas Donskoi are going to have to step it up to the next level. With some solid play throughout the lineup, the Sharks can contend with the best.