Addressing their needs: Raiders look to improve with 2016 draft picks 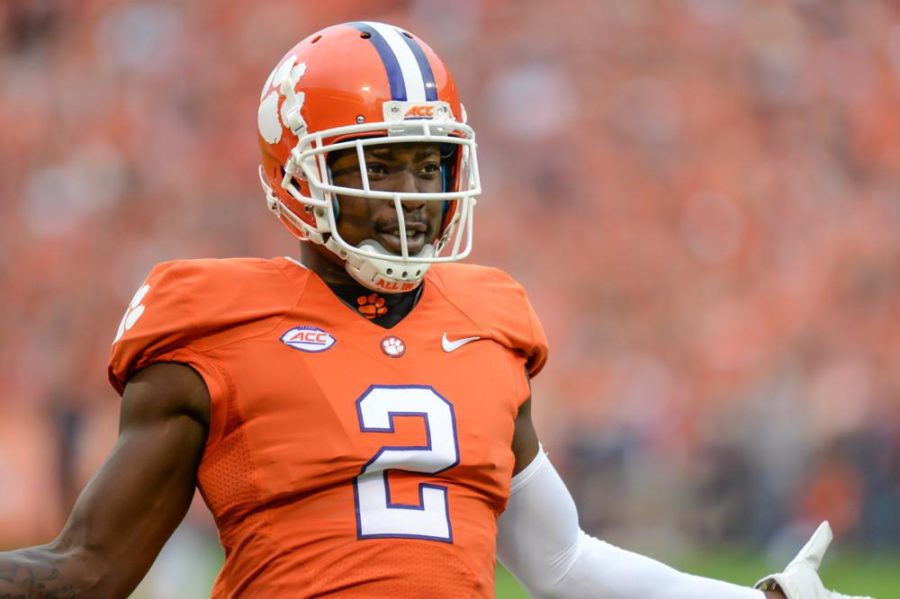 The University of Clemon’s cornerback, Mackensie Alexander, performed well in college and earned himself a first round selection. The Oakland Raiders aim to use their 14th pick in the 2016 NFL draft in April.

The Oakland Raiders have a lot of areas to address in the 2016 NFL draft, especially at cornerback, which is why they will use the 14th pick on University of Clemson’s Mackensie Alexander.

The Raiders were awful on defense last year,  ranking 26th in passing defense in 2015. They allowed more than 250 yards a game through the air; only the Cincinnati Bengals and New York Giants allowed more pass completions.

Oakland luckily picked up David Amerson after the Washington Redskins cut him early in the season. He went on to have the second most pass deflections in the league.

The rest of the Raiders’ defensive backs had very poor seasons, especially former first-round pick D.J. Hayden. The Raiders selected Hayden with the 12th pick in the 2013 NFL draft, and he has not developed into the player they hoped. He was eventually benched and replaced by Amerson, barely seeing any playing time the rest of the season, except for special teams, where he still made mistakes.

After Charles Woodson retired at the end of last season Nate Allen, Amerson and a serviceable TJ Carrie are the only decent Raiders defensive backs, which leaves Oakland with one of the worst pass defensive units in the NFL.

This year’s cornerback class is very talented with Florida State University’s Jalen Ramsey and University of Florida’s Vernon Hargreaves, but unfortunately most draft experts have both players going before the Raiders’ pick.

Oakland needs the best cornerback it can get and would benefit from Ramsey or Hargreaves’ talent, but experts have Ramsey going in the top five and few have Hargreaves slipping as low as to the 14th pick.

So the Raiders will draft Alexander, whose aggressive playstyle and swagger will be a big improvement and welcomed addition to the Raider Nation.

Alexander is the best cornerback this draft. His small size and lack of production is why he is projected as the No. 3 cornerback in the draft. He did not record an interception and only 10 pass defections in his two-year career at Clemson, which shows that opponents were scared to throw near him.

Ramsey’s pure physical talent is too good to pass up, but Hargreaves will never make it in this league as an outside cornerback. He could be a talented slot receiver, but as far as size and skills combined there is no better pick at cornerback than Alexander.

Coming out of high school, Alexander was one of the most highly recruited athletes. He proved it by earning the right to start as a true freshman but chose to redshirt instead after suffering a groin injury.

Despite Ramsey’s lack of production, his size and athletic ability is too much for teams to pass up and vice-versa. Hargreaves’ lack of size but massive amount of production has experts projecting him as the second cornerback picked.

Another weak spot for the Raiders is offensive tackle, especially after left tackle Donald Penn distanced himself from the team. Penn claimed there was a lack of contract negotiations from the front office and recently removed all affiliation with the Raiders from his Twitter profile. Michigan State University’s Jack Conklin, Ohio State University’s Taylor Decker and University of Notre Dame’s Ronnie Stanley are all projected to go in the middle of the first round and would be likely picks for the Raiders if they decide to use their first pick on protection for Derek Carr.

After a disappointing year from middle linebacker Curtis Lofton, who they acquired last year, Oakland looks to improve at that spot this offseason, either through the draft or free agency.  The only plausible first-round option at inside linebacker will be Alabama’s Reggie Ragland.

The Raiders are also weak at guard, but with the lack of first-round talent at that position they will likely look to improve there in the later rounds or free agency.

The Raiders could continue their recent trend by drafting the best available player no matter the position, like when they drafted Khalil Mack fifth overall in 2014 and Amari Cooper fourth overall in 2015. This could lead to drafting Ohio State University’s Ezekiel Elliott if he is available, despite a stellar performance by their own Latavius Murray last season, who became the first Raider to rush for 1,000 yards or more since Darren McFadden rushed for 1,157 in 2010.

With upwards of 70 million in cap space and after a promising rebuilding year last season, the Raiders will likely fill a lot of their holes in free agency if they don’t in the draft.