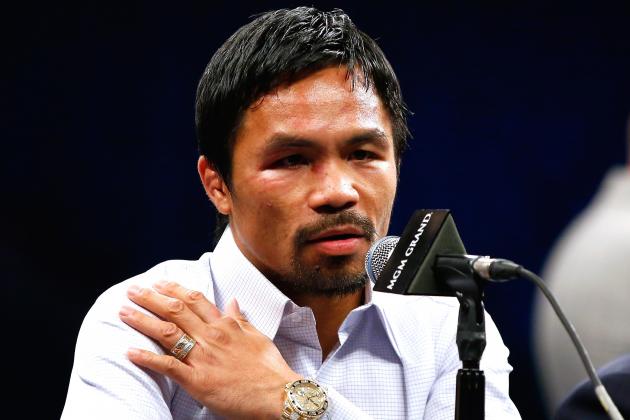 Boxer Manny “Pac-Man” Pacquiao, who is running for a senate seat in the Philippines, recently compared the LGBT community to animals when asked about his views on same-sex marriage.

“If you have male-to-male or female-to-female relationships, then people are worse than animals,” Pacquiao said.

Pacquiao is extremely religious. As a devoted Christian, he has mentioned his faith in God in many of his interviews; this time his remarks led to Nike’s decision to cut ties with him.

“Nike strongly opposes discrimination of any kind and has a long history of supporting and standing up for the rights of the LGBT community. We no longer have a relationship with Manny Pacquiao,” Nike said in its statement.

Pacquiao did not apologize for his statements due to his religious beliefs. He chose to go with what he thought the Bible told him.

“A lot of people were alarmed by the truth,” Pacquiao said during an interview after Nike cut ties with him.

Pacquiao is a beloved boxer and has been in the game since 1995. He has a huge Filipino fan base and is an international fan favorite.

His strong religious beliefs, and everyone is entitled to their own opinion. However, it is completely unprofessional and disappointing to know that a beloved man and amazing athlete such as Pacquiao would publicly discriminate against a group of people.

Unfortunately, the LGBT community cannot expect an apology anytime soon. Pacquiao doesn’t believe there was anything wrong with what he said, by his faith in God and his interpretation of what the Bible says.