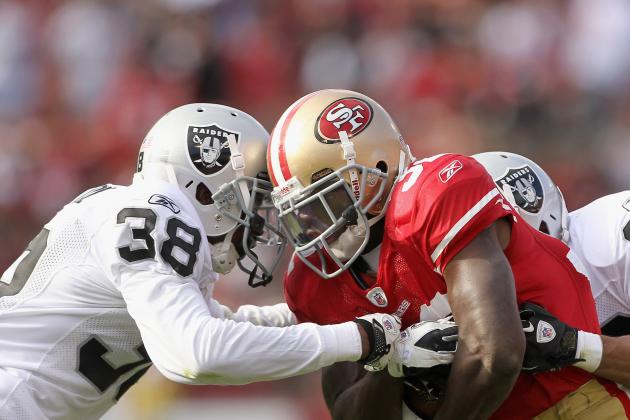 Both the San Francisco 49ers and Oakland Raiders look to improve for the upcoming 2016-17 season, both teams take different paths this offseason, as one team is on the rise and the other hopes to avoid downfall.

The 2016 offseason for the two Bay Area NFL teams will decide their fate and future.

The San Francisco 49ers were hopeful going into the 2015 season, but ended with an extremely disappointing 5-11 record under head coach Jim Tomsula.

The 49ers already made one big change this offseason by firing Tomsula and hiring former Eagles head coach Chip Kelly. This is a huge move because most people thought the Niners were going to move on from quarterback Colin Kaepernick. But with the hiring of Kelly, the mobile QB may have just received his second chance.

Kelly is known for having a soft spot for running QBs. He successfully coached Marcus Mariota at Oregon and tried the same with multiple Eagles’ QBs. Kaepernick is a below-average NFL QB, but may work well in the quick, no-huddle, Chip Kelly offense. That is, if he can improve his accuracy and the way he goes through his progressions.

Another focus for the 49ers is what they’ll do with their high draft pick. If they don’t trade it away, the Niners will have the seventh pick in the 2016 NFL draft. Before hiring Kelly, their main necessity was a QB, but if Kelly decides to work an offense through Kaepernick the Niners will look to draft an offensive lineman. With 53 sacks allowed last season, tied for second most in the NFL, the 49ers need to protect their QB.

Other than the draft, 49er fans want to keep up with other offseason moves such as signing free agents and whether or not they re-sign some of their own.

Across the Bay, The Oakland Raiders had a promising season, living up to expectations of improving from last year. The Raiders went 3-13 in 2014 under rookie QB Derek Carr, but after another great draft class, a new coach in Jack Del Rio and an more experienced Carr, the Raiders improved to 7-9 this season.

The Raider’s biggest focus is figuring out where they’ll play in 2016. Owner Mark Davis tried to solidify another one-year deal with the Oakland Coliseum after the move to Los Angeles fell through. Other than a stadium, the Raiders have much to look forward to.

With five players in the Pro Bowl, this young team is doing nothing but improving and will no doubt have their eyes set on the playoffs in the 2016 season. If the Raiders want to make a playoff run, they need to continue a lot of things they did this season and improve on parts of their game that wasn’t as efficient.

One main problem Oakland needs to address this offseason is their defense. With a pass defense ranked 26th in the league, the Raiders are in desperate need of talent in their secondary, especially with their Hall of Fame safety Charles Woodson retiring.

With the 14th overall pick in the draft, Oakland will most likely draft a cornerback depending on the free agents they sign. Some possible free agents are safety Eric Weddle from San Diego and safety Tashaun Gipson from Cleveland.

There is a lot of time and money to be spent before we can predict what the 2016 season will look like for either team, but there is no doubt the front office of both teams have a lot of decisions to make this offseason.