Canelo vs Khan set for May 7 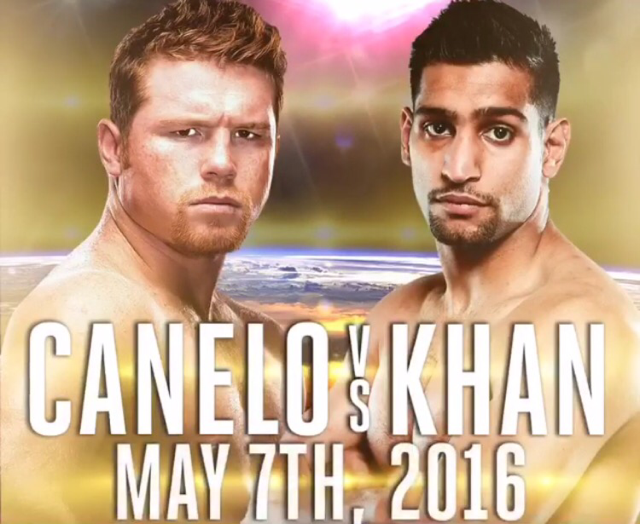 Saul Canelo Alvarez will square off with Amir Khan for the middleweight title May 7, amongst controversey from fans who say there is a significant weight difference between the two fighters.

Canelo comes off a historical win against Miguel Cotto in November 2015 for the middleweight title.

Criticism from boxing fans came shortly after the fight was announced because of the weight difference between Canelo and Khan. Khan is a welterweight fighter.

Khan agreed to a catch weight of 155 to fight Canelo. However, Canelo is known to do his best at 155.

Khan hasn’t fought since his bout against Chris Algieri in May 2015. It will be almost a full year until he fights again, with 155 being the heaviest weight he’s fought since the start of his professional career in 2005.

For many fighters, taking a year off either hurts their mentality or makes them come back stronger. However, I don’t believe Khan has what it takes to beat Canelo.

Khan is well known for his amazing speed, and that’s something nobody can take from him.

However speed can only get you so far when you’re facing Canelo, who has power, speed and the defensive skills which make him such a fun fighter to watch.

Canelo is setting out to be one of boxing’s most legendary fighters, and one of Mexico’s most popular. Since starting his professional boxing career at 15 years old, Canelo’s created quite the name for himself. He’s a fan favorite and has the capability of going far in the boxing world. Canelo always promises fans a great show and he’ll do just that on May 7.

With my money on Canelo, the fight won’t go the full 12 rounds. The fight will go up to the eighth round, ending in a knockout by Canelo.